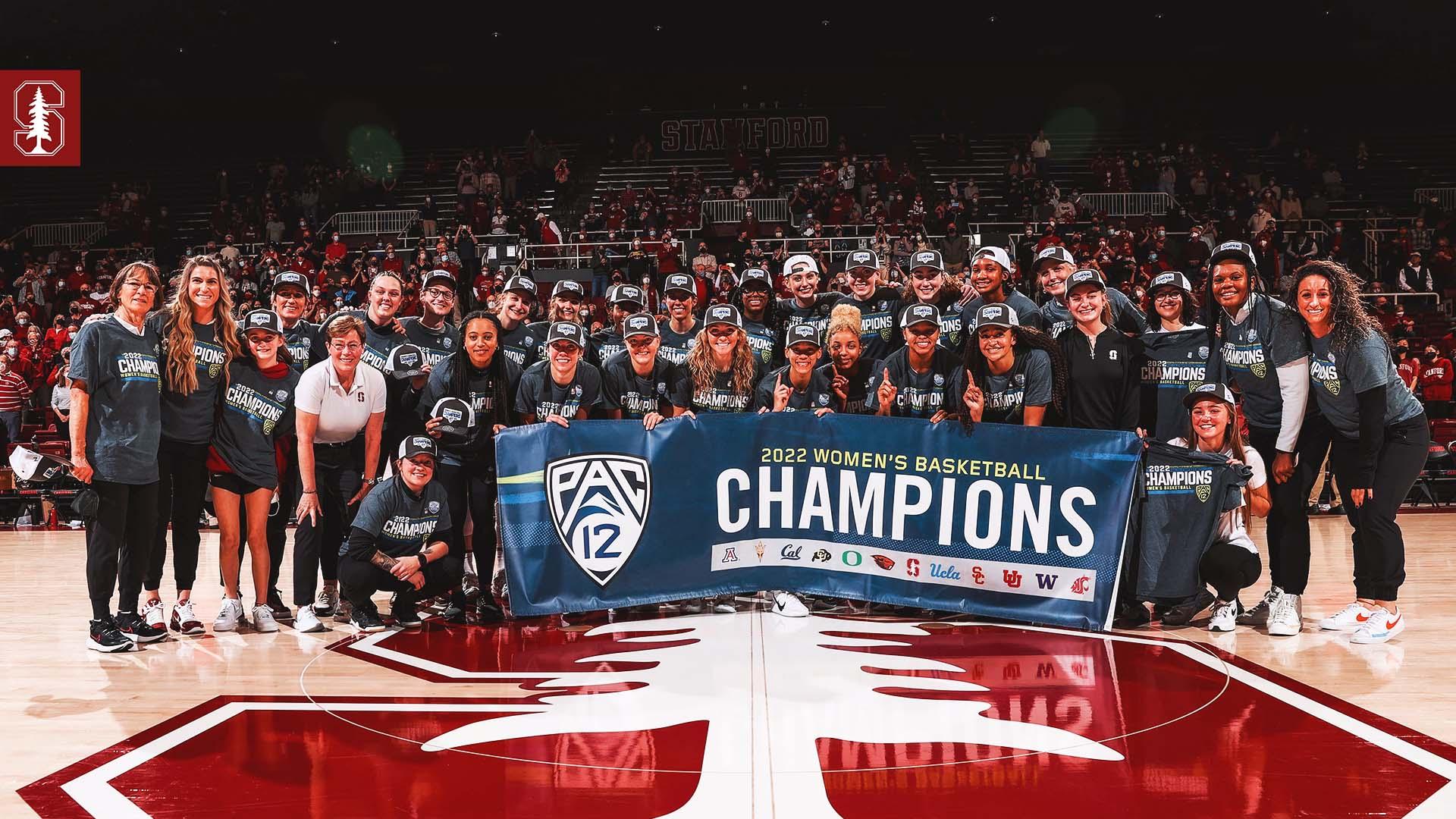 
In a back and forth bout, the Cardinal (25-3) staved off the upset-minded Huskies (7-15) by a score of 63-56 to improve to 16-0 in the Pac-12. While the Pac-12 Regular Season Title was secured last week, today's win secures the conference sweep for the eighth time in program history--a feat that not even the 31-2 crew from last season were able to pull off due to back to back Colorado and UCLA losses in late January 2021.

The usual suspects played well. Cameron Brink earned another double double with 17 points, 11 rebounds, and a bonus 5 blocks for style. Senior Lexie Hull was close behind with 15 points, 8 rebounds, and 5 steals. Haley Jones was quiet with 8 points and 5 rebounds, but we'll chock that up to spreading the ball around on Senior Night.

The Card trailed by 2 at half. Washington's Lauren Schwartz was part of the problem--she was 50% from the field, good for 16 points on the game. Worse, the whole Husky squad was on fire, shooting 41.2% from 3 and 46.2% from the field. Fortunately, a 12-3 run in the final 6 minutes of the game and good overall turnover discipline (only 9 to Washington's 19) were enough for Stanford to eke out the win.

This game has a clear moral: Stanford needs to stop planning post-game celebrations ahead of time. It may have been a few months ago that I wrote about Stanford scheduling their championship ring ceremony immediately following the Texas game, but I still remember! We planned a ring ceremony, and Texas spoiled it. Today, we planned a Pac-12 Regular Season Title ceremony, and Washington nearly spoiled it. Let's win first, celebrate an unrelated accomplishment second okay Athletics?

No article about Senior Night would be complete without a little tribute. What. A. Group!!!

A picture says a thousand words, but this video tribute posted by the WBB twitter account says even more:

A future article will almost certainly catalogue the many holes the potential departure of these 5 will involve (I say "potential" due to some lingering questions I have on the bonus COVID eligibility gifted last year and how it affects next year), but for now we look toward the post-season. Onwards and upwards, as they say.

Up next for Stanford is the Pac-12 Tournament in Vegas' Michelob Ultra Arena. Thanks to a sweet bye, their opponent is up in the air, but the Card will take the court again on March 3rd on Pac-12 Network, just three games separating Tara and the squad from consecutive Pac-12 Tournament Championships.