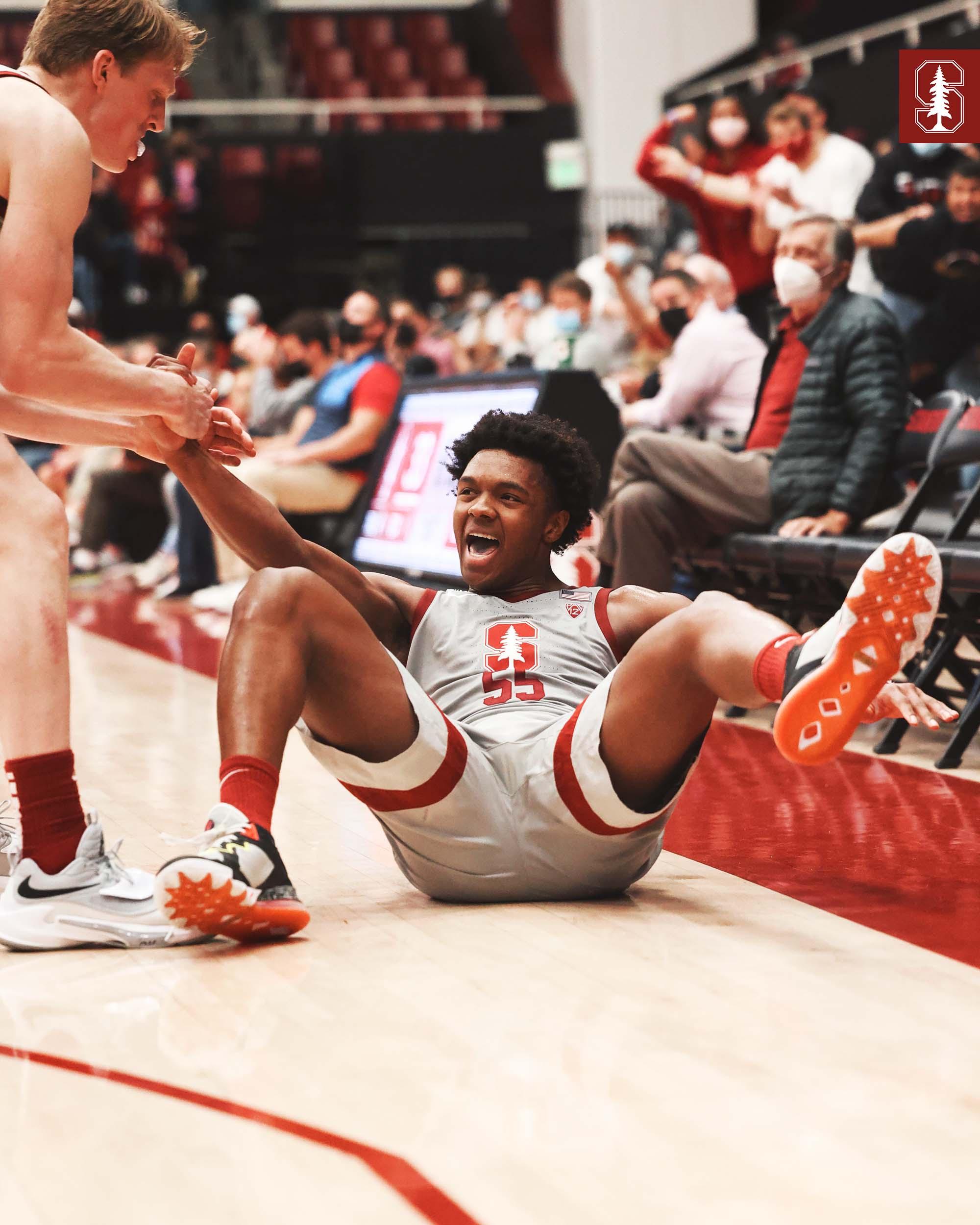 
Stanford jumped on Washington early and never relented en route to an 87-69 victory.

This Cardinal team has seldom faced zone this year. But when you play a team of Mike Hopkins, a member of the Jim Boeheim coaching tree, you’re going to get a healthy dose of 2-3. And they don’t just sit back and defend like your average sixth grade zone. They get after you.

In the year’s first matchup, the zone caused irreparable havoc in the first half. The Cardinal turned it over 13 times by halftime, and it felt like more than that. They had their share of sloppy play again today, but this time they came prepared to attack the zone. And any team who brings pressure leaves vulnerabilities waiting to be exploited. The plan worked to near perfection.

“Seeing it before helped a lot,” Harrison Ingram said. “We played that game on our heels, and this time we attacked them.”

Stanford scored the game’s first 9 points, and took an early 15-2 advantage. Washington did respond in like, with a 10-0 run and ultimately had the lead down to a single point. But it would never again be as close as two possessions after the 9:16 mark in the first period.

The Cardinal put on a dazzling offensive display. The ball was popping around crisply. The full court pressure was broken with ease, and in a timely manner that didn’t salt away the shot clock. They were able to use ball screens to penetrate off the bounce. And most importantly, they created shots for each other. Stanford tallied 46 points in the first half on just 31 shot attempts. A remarkable 13 of their 16 field goal makes were assisted.

“I knew that if we played with this level of effort and intensity we could expect this result,” James Keefe said.

And equally important was the slowing of the Husky offense. In the matchup in Seattle many of Washington’s points came in transition or other situations in which Stanford could not properly set its defense.

The old adage says that the best defense is a good offense, and it’s an adage for a reason. It’s hard to play with pace when you’re taking the ball out of your own basket. It’s difficult to get out and run when you aren’t forcing live ball turnovers. While the Cardinal did turn it over 9 times in the half, only 3 of them were Washington steals. And the Huskies simply aren’t efficient in the half court. Especially not against the length of this Stanford defense.

The lead ballooned to as many as 28 points before the deep reserves entered the game. Previously Stanford’s largest margin of victory this season was 14 points, a feat they’ve accomplished thrice. But their largest in Pac-12 play was only 7 points, in the game against Cal.

James Keefe scored a career high 17 points for Stanford, and picked up 5 more offensive rebounds. He has really turned a corner in his junior season, and has elevated the team with his minutes at the five position. But he doesn’t care much for the talk of his individual stats.

“Scoring is fun, but winning is really what it’s all about. That’s more fun,” James said.

Harrison Ingram picked up his fifth double-double of the season with 17 points and 10 rebounds. His aggressiveness early helped spark the team out of the gate. Jaiden Delaire made 3 threes for the first time in his career and led the team with 18 points. Spencer Jones stuffed the stat sheet with 12 points, 4 rebounds, 3 assists, 4 steals, and 3 blocks. I would venture that such a line has not been seen very often in Maples.

Much of the focus entering the game was on the return of Daejon Davis. The fifth year guard had a decorated Stanford career before returning to play for his hometown Huskies. A sparse Sunday afternoon crowd gave him a round of applause when his name was called as part of the starting lineups.

But a storybook homecoming - or revenge game - was not to be had. At the 12:39 mark of the first half he was trying to stop the ball around midcourt when unbeknownst to him, all 6’10” and 265 pounds of Lukas Kisunas firmly planted a screen. Daejon’s teammates didn’t communicate and he took the full brunt of the pick. He was writhing on the floor for perhaps two minutes before heading back to the locker room. He would return to the bench later in the game, but his arm was in a sling due to an apparent shoulder injury.

The lone bright spot for Washington was Terrell Brown, Jr. The fifth year senior is on his fourth college, but he’s having his finest year as the Pac-12’s leading scorer. He showed every bit of why he holds that honor this afternoon. All told, he scored 30 points to go with 6 assists, 7 rebounds, and 5 steals. He scored or assisted on 70% of his team’s field goals, and did it against lengthy defenders like Spencer Jones. It was a special performance.

While a home win over Washington won’t wow anyone, such sheer domination will help the team’s computer metrics. The team is aware of the weight of these games.

“We needed this game because we’re trying to play in March Madness,” Harrison said.

Up ahead is a pivotal two game stretch for Stanford. They host UCLA on Tuesday night and travel to Oregon on Thursday for a pair of Quadrant I opportunities. If they play like they did today, anything is possible.