Stanford Grinds out Victory over Cal, 57-50 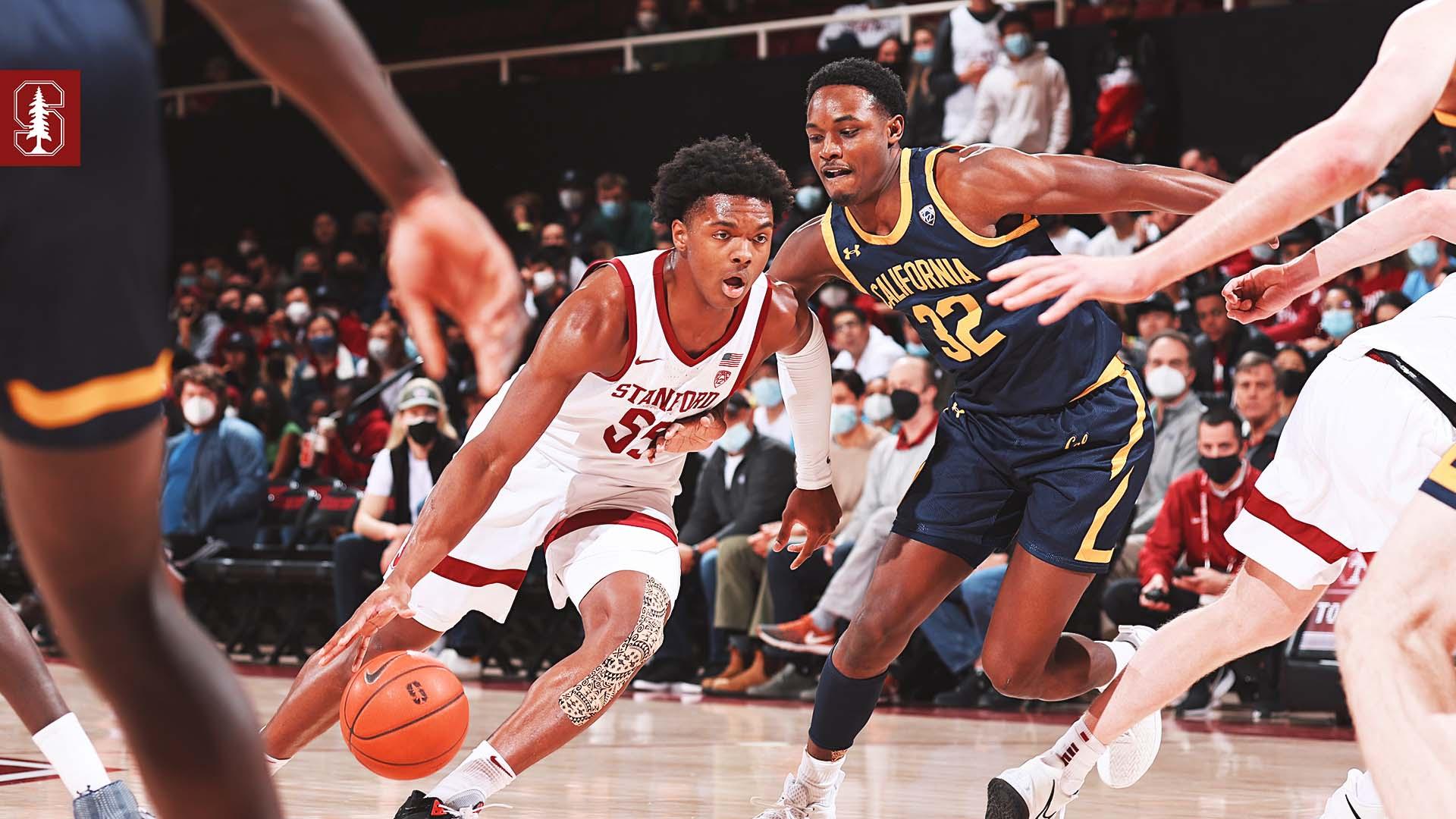 
It was a rivalry game a month in the making. There was one power outage, zero PA announcers, and more bricks than an English housing development. It wasn’t always pretty, but Stanford made enough plays when it counted to come out with a 57-50 victory.

Although Stanford got the win, this was far from the most enjoyable game to watch. In the first period the two teams combined for 41 points and 3 assists. There was plenty of good defense being played, but I’d be lying if I didn’t credit a good amount of that to communal ineptitude.

“Honestly it was a little bit stagnant in the first half,” said senior forward Jaiden Delaire. “We talked about pace during halftime, getting the ball moving, getting downhill off screens.”

Cal likes to play at that slow (even stagnant) tempo. They want to grind games out, play them possession by possession, and make their opponents work for every shot. They did just that on Tuesday night. This equaled the fewest possessions in any game this season for the Cardinal.

What made things even slower was that neither team could get out in transition. Stanford committed just 7 turnovers, in large part thanks to facing the 340th ranked team in defensive turnover percentage. Cal had only 9 of their own. With virtually no live ball turnovers and few long rebounds, the game became increasingly discretized. Each possession was a slugfest. And Stanford was okay with that.

And they grinded this game into a powder too fine for any sieve I own. Cal went the final 7:32 of the first half without a made field goal. They went the first 6:15 of the second half with only two makes, both from center Lars Thiemann. And yet Stanford struggled to build any significant lead.

The lead was stuck at three as the clock ticked inside six minutes. Spencer Jones badly missed a three from the top of the key, and the ball fell to a mosh pit of bodies under the basket. James Keefe and Jaiden Delaire were both there for Stanford, and Jaiden ultimately gained control and got it up and in for a critical and-one.

A few possessions later, with the lead still at six points, Harrison Ingram was unable to make a three point attempt of his own. But James and Spencer were under the rim to battle again, and Spencer came away with the putback to give the Cardinal their largest lead to that point. And an eight point cushion in a game like this is borderline insurmountable.

“Those [putbacks] were all because of my man [James] right here putting in the work,” said Jaiden. Jerod Haase echoed his sentiment.

“Guys had the want-to to go get it and pursue the basketball,” Haase said. “Our guys were engaged, pursuing hard, they were physical.”

Offensive rebounding has been one of the biggest keys for this team all year. They picked up a couple in the game’s opening minutes, but Cal did an excellent job for much of the game of limiting them to one shot. Still, when it mattered most the Cardinal made the hustle plays to get the job done.

Stanford was a remarkable +22 with James Keefe on the court. Haase described his junior center as a real spark. That’s seeming to become the norm for James as he continues a very strong third campaign on the farm. He finished with 8 points and 11 rebounds.

Jaiden Delaire and Harrison Ingram led the team in scoring with 12 points apiece. Stanford had five players with between 8 and 12 points, though, for an extremely balanced attack. They shot 42% from the field and only 20% from deep, but held a commanding 36-20 advantage in the paint.

The Bears suffered a setback before the game started when it was announced forward Andre Kelly would be unable to go. Kelly is the team’s leading rebounder and second leading scorer, and frankly their only consistent inside threat. Lars Thiemann had one of his best games in his stead, coming away with 11 points and 6 rebounds. Transfer guard Jordan Shepherd led Cal with 15 points, but it took him 17 field goal attempts.

Stanford is now 6-4 at the halfway point of conference play. They started the day ten spots out of the tournament field in Joe Lunardi’s bracketology. Jerod Haase is happy with where they’re at so far.

“This [first half] has been a grind, but to be where we are at the halfway point I think is fantastic,” he said. “We’ve had some really good wins against some really good teams.” But he acknowledged they have to get better to reach their ultimate goals.

“Moving forward we’re gonna have to address getting good shots. Which is the idea of turning the ball over less, and also making plays for others.”

They won’t have much time to regroup; they have three more home games in the next calendar week.