It's hard to beat a good team twice... but we did it anyways 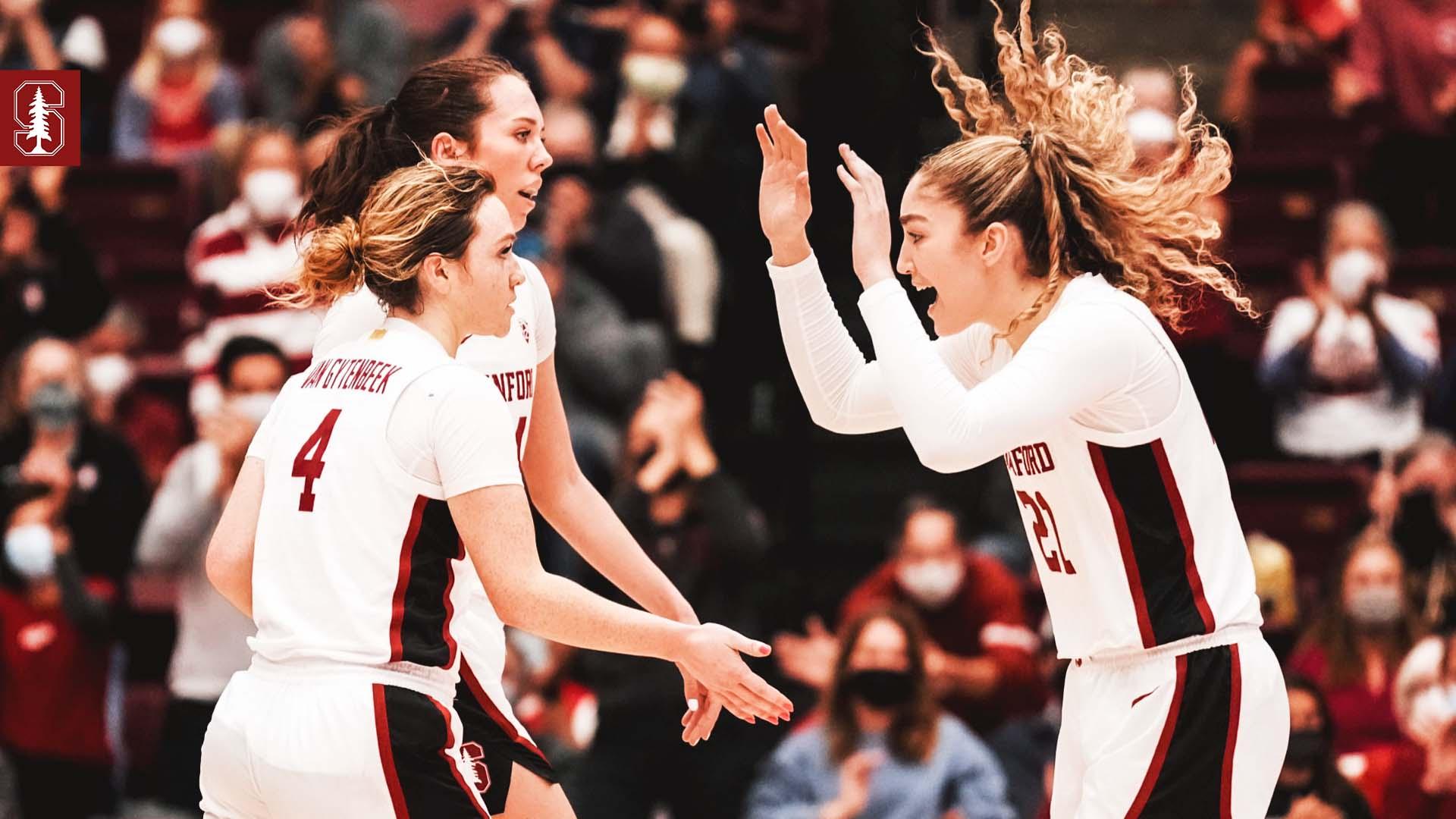 
You saw the headline! The Card are rolling in Pac-12 play sitting pretty at 7-0 after handing Arizona Coach Adia Barnes both a loss and a limited edition Tara bobblehead. I have the receipts:

Isn't that Tree beautiful? Wiley creature he is.

The bobblehead, of course, deserves its own spotlight as it's further proof among piles of reasons that you should go to games in person to watch the CHAMPS! Feast your eyes on Tara riding down El Camino:

But enough celebration, you want to hear about the GAME. While it's unlikely that in the full day that's passed since its playing you haven't gotten the full story, I'll serve it up to you quick and easy!

On Sunday night, between Joe Burrow's apotheosis as social media king and the Jimmy G's second fourth quarter meltdown in the playoffs, the No. 2 ranked Card took on the No. 8 ranked Arizona Wildcats in Maples Pavilion in a rematch of last year's National Championship game.

Stanford was in control for the majority of the game but Zona kept it within striking distance throughout, implementing a tough interior defense that became stalwart in the second quarter. Zona's D took a toll, holding team leader and NIL icon Haley Jones to just 4 points on the day from an uncharacteristic 2-12 (17%) shooting.

Fortunately, despite Haley's struggles, Stanford's success on the court is the not the result of a single player's talent (looking at you Iowa). For example, we also have a player named Cameron Brink, whose 25pts on 10-12 shooting and 15rbs (and 3 blocks, 2 assists, 2 steals... as you know she does it all) earned her yet another Pac-12 player of the week honor after the game.

Despite a stellar performance from Brink, the true hero of the game was Jana Van Gytenbeek, who was electric off the bench from the three point line, sinking 6 of 8 for 18 points (tying her cumulative point total this season). Jana's success from the perimeter eased up the traffic in the paint and lessened an otherwise staunch defensive effort.

It was a game of runs. Stanford had an 8-0 to take the lead late to close the second quarter then quickly gave up a 9-0 run near the front of the third quarter. On and on in spurts it played out, but ultimately Stanford stayed on top to close out the Wildcats.

After the game, Coach Tara "the GOAT" VanDerveer likened this Cardinal team to an orchestra where "everyone gets their solo." Coach went on to commend Jana for the exquisite solo of triples she masterfully played.

Still, there's room for improvement, namely 18 turnovers and not winning by double digits as is my preference. We'll see if the same issues arise on Thursday 2/3 when the Card take on the Bruins at 7pm PT in Westwood where bobbleheads are unlikely to be distributed in the inferior program's stadium.

PS - If you're wondering why the Wildcats incessantly chant "Bear Down!" as alluded to in the title of this article, the story is actually pretty cool!