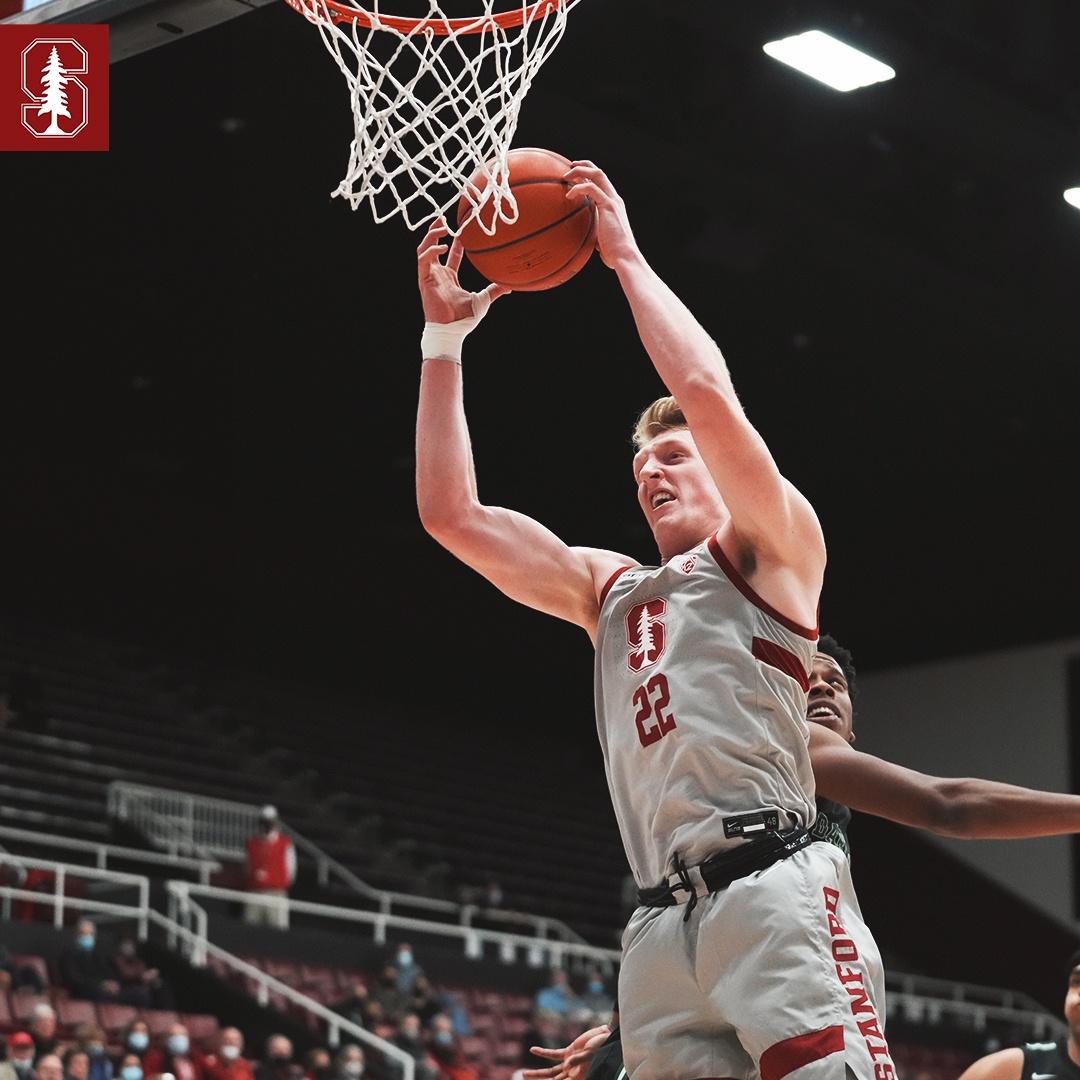 
With 1:13 on the clock, Stanford (6-3, 1-1) found themselves down seven points to Dartmouth. Sunday’s thriller against Oregon couldn’t be more distant. They were on the verge of a serious letdown. Jerod Haase called a timeout.

Freshman phenom Harrison Ingram, who had five points to that point after starting 1-9, was the beneficiary of the after timeout play. He got a quick bucket, and the Cardinal ratcheted up their defense on the ensuing inbounds. Dartmouth broke the press and seemingly had an easy bucket if they wanted it, but elected to run clock. That turned out to be a poor decision.

Michael O’Connell and his quick hands picked the pocket of the Dartmouth wing. A couple of dribbles later he found an open Ingram in the opposite corner.

“To have the trust in me to pass it to me in the corner, to have my coaches be yelling ‘shoot it, shoot it’, even though I missed my first three, that was huge,” Harrison said. He paid off that trust and buried it, cutting the deficit to two points with 42 seconds. There was enough time to play out the possession defensively.

Dartmouth struggled to get the ball into halfcourt. When they did, they completely eschewed the sets that got them into that position. Stanford buckled down and forced an exceedingly difficult shot out of leading scorer Brendan Barry, leading to a shot clock violation. The Cardinal advanced the ball into the half court and used their final timeout with 8 seconds left.

Despite all of Harrison’s early struggles and freshman moments, Jerod Haase put the ball right back into his hands. He was isolated on the left block, and made an excellent one-on-one move to scoop it up and in just before the clock hit zero. It completed a personal 7-0 run and sent the game to overtime.

“When the game was on the line we put the ball in his hands and he made a bigtime play,” Haase said. “I have a lot of confidence in Harrison even when he struggled for most of the game.”

Stanford jumped all over Dartmouth in the extra period, scoring the first 9 points. Harrison got the first bucket on a play reminiscent of the end of regulation. Brandon Angel scored 8 in the frame, on 4-4 shooting. Noah Taitz received a fortuitous bounce for a triple. Notably, Jaiden Delaire scored a team high 22 points on the night, but was on the bench through the entirety of overtime. Haase labeled it a coach’s decision.

Dartmouth entered the game with a meager record, but sported a high major road win against Georgetown. They used 16 triples to knock off the Hoyas, and seemed well on their way to repeating that feat this evening. The Big Green connected on 7 of their 12 first half attempts from deep, many of which were clean looks.

Indeed, much of the Dartmouth movement came without the ball in their hands, as they had a lot of clever and reactionary action to free up their shooters. Barry, a relative of hall of famer Rick Barry, in particular gave the Cardinal fits. He scored 14 of his 20 in the first half, and needed only a sliver of space to let one fly.

The Big Green mounted an 11 point halftime advantage, scoring almost at will. True freshman Ryan Cornish, who looked all of 15 years old, scored 11 flashy points off the bench. He was able to get wherever he wanted with the ball in his hands.

But the second half was noticeably different from the Cardinal defense. Jerod Haase brought in redshirt junior Sam Beskind to start the period, hoping to provide that spark. It paid off, as he drew an early charge.

“We picked up the pressure a bunch, and started denying the first pass,” said James Keefe.

“We got them out of their sets and ended up getting more deflections. Guys took pride in individual matchups and we started to lock guys up.”

The Cardinal quickly stormed back. Dartmouth was able to keep them at arm’s length, until an Ingram layup gave Stanford their first lead of the second half at the 4:31 mark. All of the momentum seemed to be going the way of the home team, but the visitors responded with a pair of triples in quick succession. That set the stage for Harrison’s late heroics.

“These experiences are going to carry on into bigger and bigger games against better teams,” Harrison said. “Because when it gets to [March] and you’re playing good teams, it’s not gonna be any blowout games, everything’s gonna be tough. Every possession matters. We work on that every day in practice.”

The game marked career highs in scoring for both James Keefe and Brandon Angel. James made the most of his second consecutive start, dominating the glass early and earning the glut of the minutes at center. He finished with 12 points on 5-8 shooting to go with 9 rebounds, 4 assists, and zero turnovers.

“He’s in a lot of ways the anchor of the defense, calling out ball screens and being a vocal leader,” Haase said. “His communication and his feet and his effort and his rebounding were really good.”

Brandon saw the ball in a lot of high-low action, being the beneficiary of some excellent entry passes. He scored 18 points on a perfect 7-7 from the floor, including a triple.

“Brandon was a big-time shot in the arm,” Haase said. “He’s very skilled, he’s tough. He was a big spark for us.”

Jaiden led all scorers with 22, and Harrison overcame his slow start to finish with 13. The Cardinal held a 52-28 advantage in the paint, 45-31 rebounding edge, and grabbed 15 offensive boards as a team. They finished just 13-25 at the line.

This all came without Spencer Jones, who is considered day-to-day with a lower leg injury. Haase touts him as the team’s best perimeter defender, and he was sorely missed against a player like Barry.