Cardinal move to 1-1 in conference play 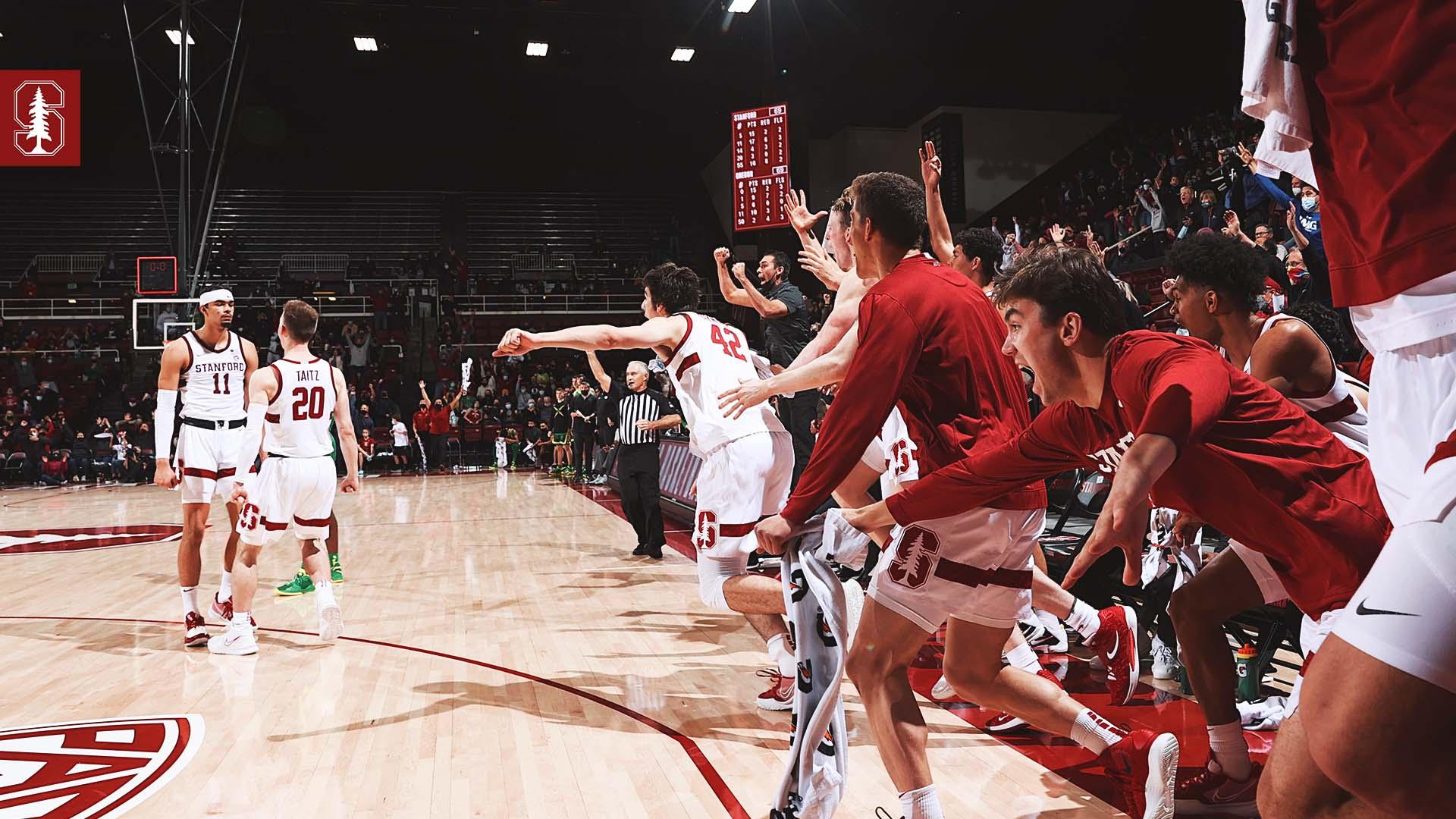 The Cardinal had three seconds to work with as they inbounded the ball from midcourt. Harrison Ingram was to throw it in, with Jaiden Delaire at the top of the key, Noah Taitz and Spencer Jones at either wing, and Michael O'Connell on the opposite line. Noah and Spencer streaked past Jaiden who gave token screens to each of them as they flared to the corners. Then the senior came open.

The play was designed to get the ball into Jaiden's hands. He caught the ball a few strides outside the arc, and had the option to take it himself for a shot, throw it to the corners if the defense quickly committed, or find a trailing Ingram who was making his way to the top of the key. As Jaiden turned to face up, he found room for the two dribbles he was told he'd have time to take. He pulled up at the three point arc into a strong contest from Eric Williams. The ball found the net as the buzzer found zero.

"Coach dre﻿w up a quick play in the huddle," said Jaiden. "I'd never seen it before. I flashed hard to the ball. Harrison threw it into me and then made a cut off. I turned around, saw the rim, and let it go."

For Jaiden, it was his first buzzer beater at any level of basketball. He was coming off a couple of less than stellar performances, but bounced back in a big way today. He led all scorers with 20 points, 14 of them after halftime, as well as 6 rebounds and two blocked shots. When Stanford needed a play, Jaiden was often the guy. He played every bit the part of a senior leader.

"All week we practiced 30-30, 4 minutes to go scenarios," said Coach Jerod Haase. "I wanted the guys to know that I predicted the score," he joked.

Their lead was built on efficient offense and a surprising edge in the turnover battle. As we've seen in years past, the Cardinal offense can be effective when it gets field goal attempts or free throws, but all too often they end up with fewer attempts than their opponent. They turned many of those Oregon turnovers into runouts and easy points.

For much of the second half it seemed that they would win comfortably. The lead swelled to as many as 14, and the Ducks could do little more than trade baskets. But those turnover woes came back to roost, and the Ducks offense executed like a Dana Altman team usually do. With 2:36 to go Jacob Young gave Oregon their first lead since the early going.

Stanford pulled back ahead by 3 with a minute to go, thanks to a remarkable putback that was kept alive by Harrison Ingram and finished by Spencer Jones. Oregon senior knotted the game up on the very next possession. Two plays later Richardson had a chance to play hero, isolating up top with the clock ticking down. His ugly three point attempt ultimately set up Jaiden's buzzer beater.

Joining Jaiden in double figures were Harrison Ingram and Michael O'Connell. Harrison is becoming like Oscar da Silva, in that his outstanding stat lines are quiet and reliable. He finished with 16 points, 8 rebounds, and 5 assists, and now leads the team in all three categories on the season. Michael tallied 15 points on 5-8 shooting to go with 3 assists. He hit a number of timely shots, including a pull up to temporarily regain the lead after Young pushed the Ducks in front. He was particularly effective in late clock scenarios. James Keefe grabbed 8 big rebounds in his first start of the season, and his defense and hustle drew praise from Haase.

Stanford was playing their first game in two weeks, taking their customary break for finals. With classes now finished until January, they can focus purely on basketball. They are in action again on Thursday, when Dartmouth comes to town.