Cardinal Come Out Flat on the Road 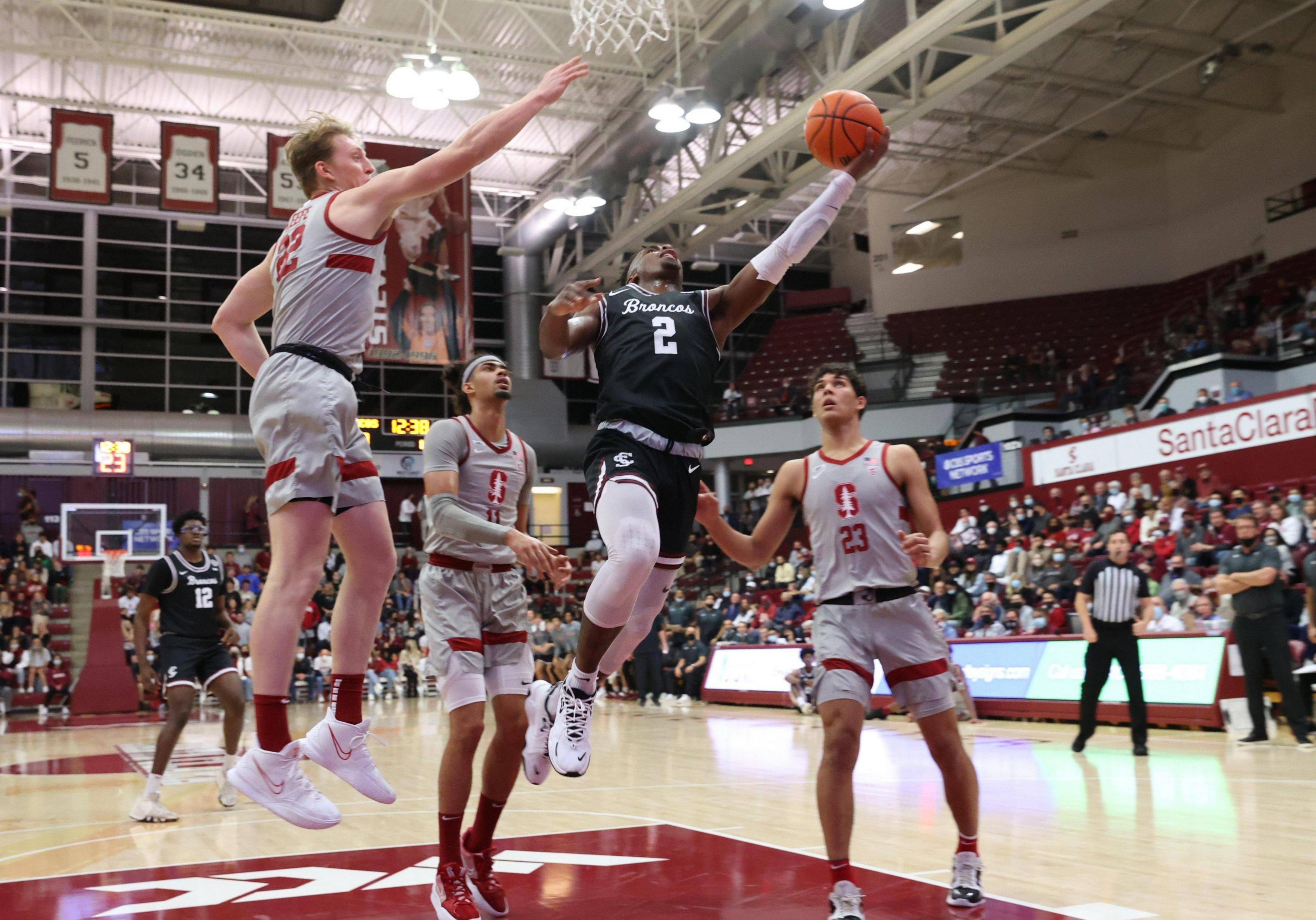 For much of the team, this was their first experience playing on the road. Santa Clara students packed the lower bowl of the Leavey Center, and were given reasons to be loud from the tip. Almost in the blink of an eye, the hosts held a 21-5 advantage and it felt very much like a hostile environment.

“They fed off the energy, and we didn’t,” Jerod Haase said. “At times it was a little bit of shell shock.”

Stanford fans are not unaccustomed to slow offensive starts, but the manner in which their defense was picked apart was stunning. The Broncos put on an offensive clinic. The ball never stuck, players were getting two feet in the paint and making the right pass, and good shots were converted into great shots. Add that to a torrential downpour of triples, and it spelled doom for the Cardinal defense.

“Some of the threes were contested to a decent level, but too many were not,” Haase said. “We gambled too many times.”

They cut the lead to as close as 6, and had a chance to make it 4 before Harrison Ingram was whistled for a charge. Much of that run was thanks to the play of the freshman center Maxime Raynaud.

Maxime provided pure energy from the moment he entered the game. The 7’1”, 240 pound freshman was flying around, grabbing defensive boards and keeping possessions alive on the other end. He finished the game with 16 points, 10 rebounds, 4 assists, and a blocked shot. He made putback dunks, flip shots, a three pointer, and even dribbled into a sweet baseline pullup from 15 feet. They were +10 with him on the court in the first period, and -23 with him on the bench.

“He was fantastic,” Haase said. “There’s a huge upside for him if he’s consistent with his effort and stays the course. He can be really good.”

The first possession of the second half saw a corner three from Harrison to cut it to 10, but from there it quickly spiraled out of control. Santa Clara immediately rattled off a 19-3 run to push it to as much as 26, scoring in a variety of ways. Haase made wholesale substitutions, but any answers came far too late.

The freshman trio of Maxime, Harrison, and Isa Silva all played fairly well. Harrison quietly put up 19 points and 6 boards to lead the team in scoring, and Isa scored 12 of his own. Michael O’Connell joined them in double figures with 13 points, as well as 4 assists and 4 steals.

“[The freshmen] all contributed at a high level, and we’re gonna look at that moving forward. The experience for the freshmen is going to pay dividends.”

This was a horrendous game for pretty much every upperclassman. Jaiden Delaire finished with 6 points on 2-8 shooting, but 4 of those came in garbage time. He also turned the ball over 5 times. If Stanford is going anywhere this season, they will need more consistent play from him. Likewise, Spencer Jones shot 1-8 and missed all 5 of his attempts from range.

Santa Clara was led by the 24 points of PJ Pipes, who made his first 8 shots from the floor. Jalen Williams had 19, big man Josip Vrankic scored 16, and Keshawn Justice added 14 and 13 boards. They had 27 assists on 34 made field goals, and finished with shooting splits of 60/48/53. They were better than 60% from deep until the final minutes.

There are a couple silver linings on this horrific game. For one, it will likely end up as a Quadrant 2 game, so if the Cardinal have tournament hopes down the line, it will not stand out as a bad loss. The other is that they seem to have found some rotations to deploy for the future, namely ones featuring their freshmen. Playing Isa and Michael together more could also be a good move.

Stanford will have to look past this game in a hurry, as they are back in action on Monday.

“We won’t let it be demoralizing,” Haase said. “We will learn from it, and there’s a lot to learn from.