Expect an early impact from this class 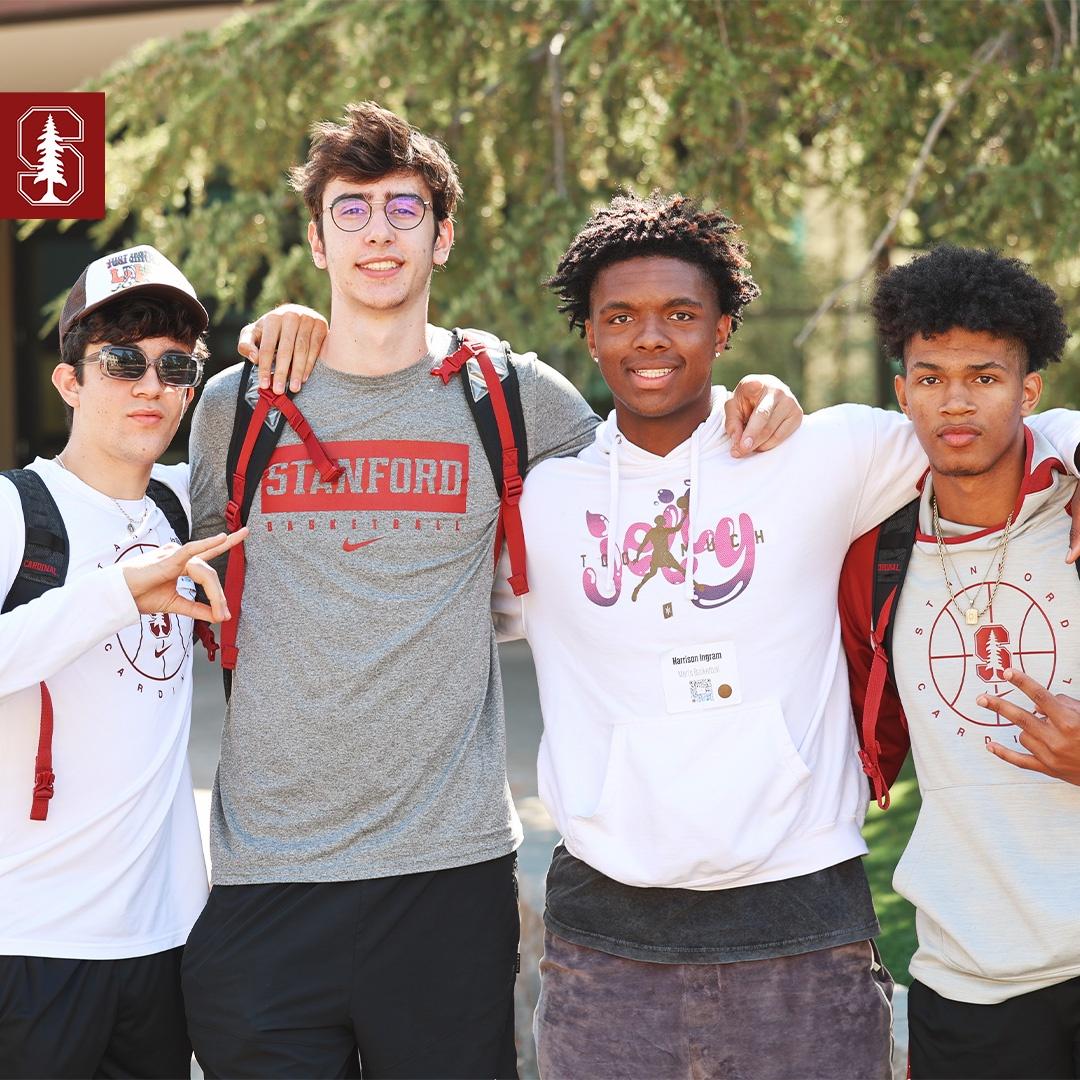 
Stanford men's basketball tips off its 2021-22 season on Tuesday when Tarleton State comes to town. I swear that's a real school.

Things will look different this year. Gone is Oscar da Silva, the all-conference player who became as dependable as an alpenhorn wakeup call on a Bavarian morning. Missing also will be Ziaire Williams, who heard his name called in the lottery after an uneven freshman campaign. Daejon Davis and Bryce Wills moved on, too, but one could say they had mentally done so by the start of March.

Losing the program cornerstone and many other notable stones with him is tough to absorb. Add that to the context of no tournament bids since 2014 and demoralizing ends to consecutive seasons and it's easy to see why they're picked ninth in the Pac.

But if there's anything this program has no shortage of, it's hope. And I'm here to tell you that there's reason for a frothy new batch of hope this season. Sooner or later, the conversion rate between hope and wins might even swing in their favor.

Isa is on the left in the above picture, wearing sunglasses that I believe kids these days call 'nifty'. And if you take the time to watch any of his dozens of youtube mixtapes, you'll realize his niftiness extends far beyond fashion.

The Sacramento native is one of my all-time favorite recruits from an entertainment standpoint. At 6'4" he has great size for a point guard, and he sees the entire floor so well - even the parts he can't see. I hesitate to use the word flashy, as I think it can have negative connotations. But he makes passes that you don't expect, in ways you don't expect them. He can get where he wants on the court, and genuinely seems to enjoy distributing as much or more than scoring.

He's a solid finisher for a guard, and has good balance. His shot needs to be respected, although I don't anticipate him being a volume outside shooter. Isa was the first signee of this class, and became the instigator for how Jerod Haase seeks to remake the image of this offense. When you have a guy who can breakdown defenses like Isa, shooters will prosper. That's the hope for this team.

Next to Isa is the largest import from France since 1876. Maxime is listed at 7'1" and 240 lbs, but he's more than just another big body. He was signed late in the cycle, but I expect him to have an immediate role.

Maxime played for the youth team of Nanterre 92, a club in the top flight of French professional basketball. One of his teammates was the presumptive future top draft pick, Victor Wembanyama. He often took a back seat to the 7'3" phenom, but once Victor moved up the ranks, Maxime was able to come into his own.

Here are some clips I compiled from one of his late season games. I included the good and the bad. My opinions come from this game and three others against similar competition.

He has a smooth stroke for a man his size, something that fellow centers Lukas Kisunas and James Keefe cannot provide. He also rebounded well, and plays exceedingly hard on defense, altering shots and causing deflections. The key for him offensively will be to get the ball in places he can succeed. He shows a willingness to play off the bounce, but with mixed results.

Ultimately, Maxime is far from a finished product. He will be substantially better as a senior than he will against Tarleton State (still a real school). But even from day one, he should be able to give Haase good minutes.

In the white hoodie is the crown jewel of this class. The five star might be an afterthought in NBA draft circles, but college basketball fans will learn his name quickly.

Harrison is one of the highest rated recruits in program history. Unlike many top recruits, I expect him to be Pac-12 ready from day one. This summer he accompanied the Team USA youth team to Latvia where they took home a gold (along with Jerod Haase). Here are most of his plays from that tournament.

I've seen Harrison described as a Swiss army knife, and that seems apt. He can do a bit of everything. Part of the reason he committed was due to his friendship with Isa, and their mutual ability to create for others. Harrison can get where he wants with the ball in his hands, is a creative finisher, and a willing passer. Team USA used him in the high post to bust opposing zones, making use of his steady play and quick decision making. He is also a capable outside shooter.

One thing that's underrated about Harrison is his defense. When Canada was making a run in the semis, the coaches put Harrison on a red-hot Caleb Houstan. The Michigan commit and projected lottery pick quickly had his hot hand extinguished. Harrison also made a number of steals, a few blocks here and there, and provided great positional rebounding.

I really don't have many critiques of his game, other than he's not elite in any one thing. But that's semantics. He was honored as an Honorable Mention All-Conference in preseason voting, and I'll be surprised if he doesn't outplay that.

On the far right of the photo is the final member of the class. Jarvis committed in February, as he really came onto the recruiting scene as a senior. He is only rated as a three star recruit, but his role and team fit are immediately obvious. He'll be a good player here.

Jarvis is one of the best shooters in the entire class, period. As a junior he shot 47% from behind the arc on roughly 7 attempts per game. He put up even more shots as a senior, and became a true three level scorer. Here are some of his highlights from one game I watched.

He is a player that should comfortably go from being a star to a role player. He lets the game come to him, and often quietly went for 30+. His basketball IQ is good, and he finds ways to stuff the stat sheet. I expect him to more than hold his own defensively against most guards in this conference. His signing ultimately shows the commitment to put shooters around the distributors. The 6'4" North Carolinian should have plenty of looks playing alongside Isa and Harrison, and he'll make a whole lot of them.