The Two Plays and Philosophy That Lost Stanford the UCLA Game

A Tale of Two Coaches 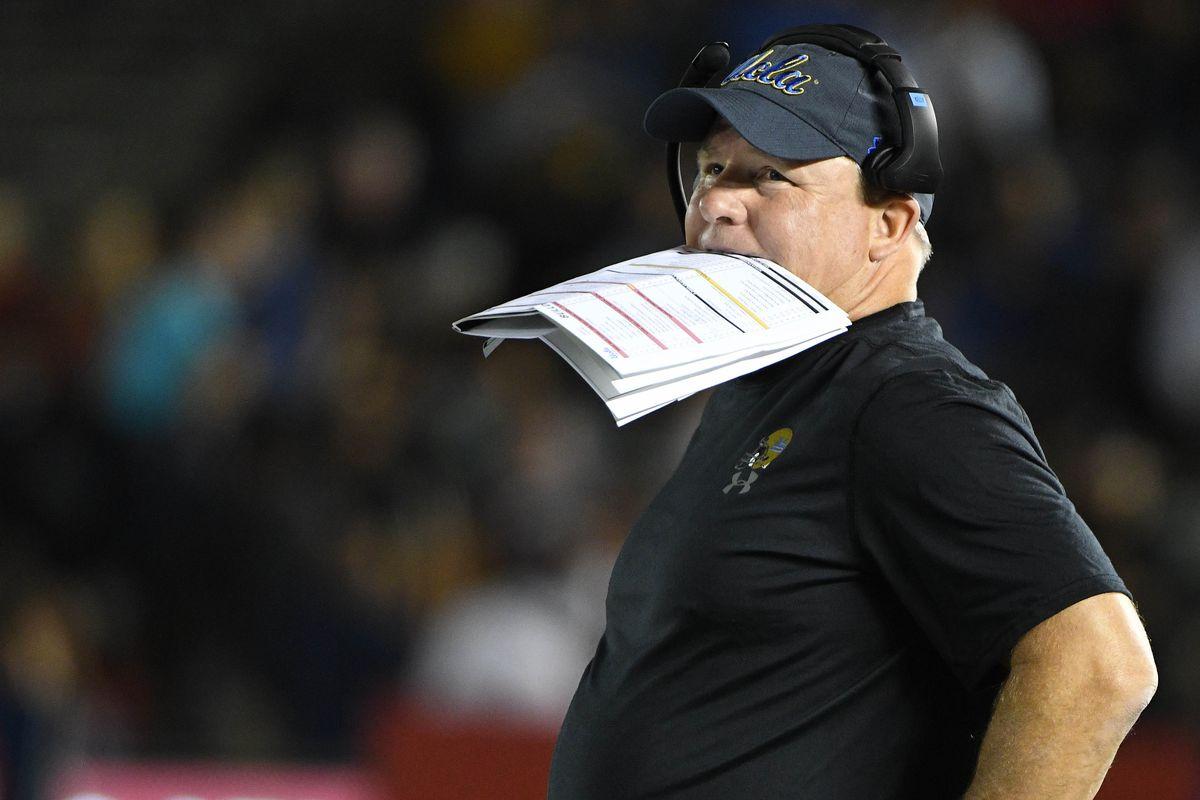 
If you watched Stanford fall to UCLA on Saturday, you probably have strong opinions about what went wrong.

You might blame the long UCLA punt return in the opening quarter, which set up the game's first score. You could point to the game's final score, which pushed the deficit to two possessions after Dorian Thompson-Robinson hobbled out to somehow toss a touchdown. You could bring up any number of key plays. But two of the most important ones might escape your memory. They were not flashy, and yet they made all the difference.

Stanford failed to record a first down in the first quarter and a half, but thanks to some excellent punting from Ryan Sanborn, they had UCLA pinned in their own end. On third-and-18, the Bruins elected to merely run the ball, and Zach Charbonnet broke multiple tackles to get within two yards of the marker. That play in itself was monumental, as the Cardinal ought to have stopped him at least 3 yards earlier. But the one that followed was still more significant.

On fourth-and-2 around their own 30 yard line, UCLA quickly hurried to the line. They did not allow Stanford's defense to substitute. While the Cardinal were not caught off guard - it is Chip Kelly's team, after all - they were caught on their heels. The ball was snapped and the run easily picked up the necessary yardage. Instead of getting a momentum building stop, the drive continued. Many methodical plays later, that very same drive made the score 14-0 at the tail end of the quarter.

Just over nine minutes remained in the game. The Cardinal trailed by seven points, and faced a fourth-and-2 from the UCLA 30 yard line. There are a number of things that could go into such a decision. Your odds of getting those two yards. The probability of making a 48 yard field goal (Karty was 2-4 coming into the drive, but has a strong leg). How many drives might remain in the game. The chance your defense can get a stop. Whether your offense will again have such a good look at a touchdown (which will still be necessary if you settle for a kick). That's a lot to think about.

Here's what David Shaw said about his mental calculus: "Kicked the field goal, made it a one-score game ... It's not even a question for me. Take all the analytics you want. Analytics don't matter. Football matters."

Of course, it was already a one-score game.

Because I happen to think analytics do indeed matter, I took a look at what the New York Times's fourth down bot had to say about these respective decisions. The bot used to tweet about every fourth down in the NFL, and so it is calibrated on professional data. The main difference between college and pros is that the professional kickers are substantially better.

One rule of thumb they have is that you ought to go for fourth-and-2 beyond your own 28 yard line. Chip Kelly's seemingly ultra aggressive first quarter call is borne out in the numbers.

The bot also says there are about 0.4 more expected points when you eschew a 48 yard kick and go for a fourth-and-2. The gap grows still larger if we assume Karty is not at the level of an average NFL kicker.

And let's not forget the most important analytic of all. A four point margin is a one-score game. But so is seven.