Stanford Loses Late to UCLA in Much Anticipated Home Opener 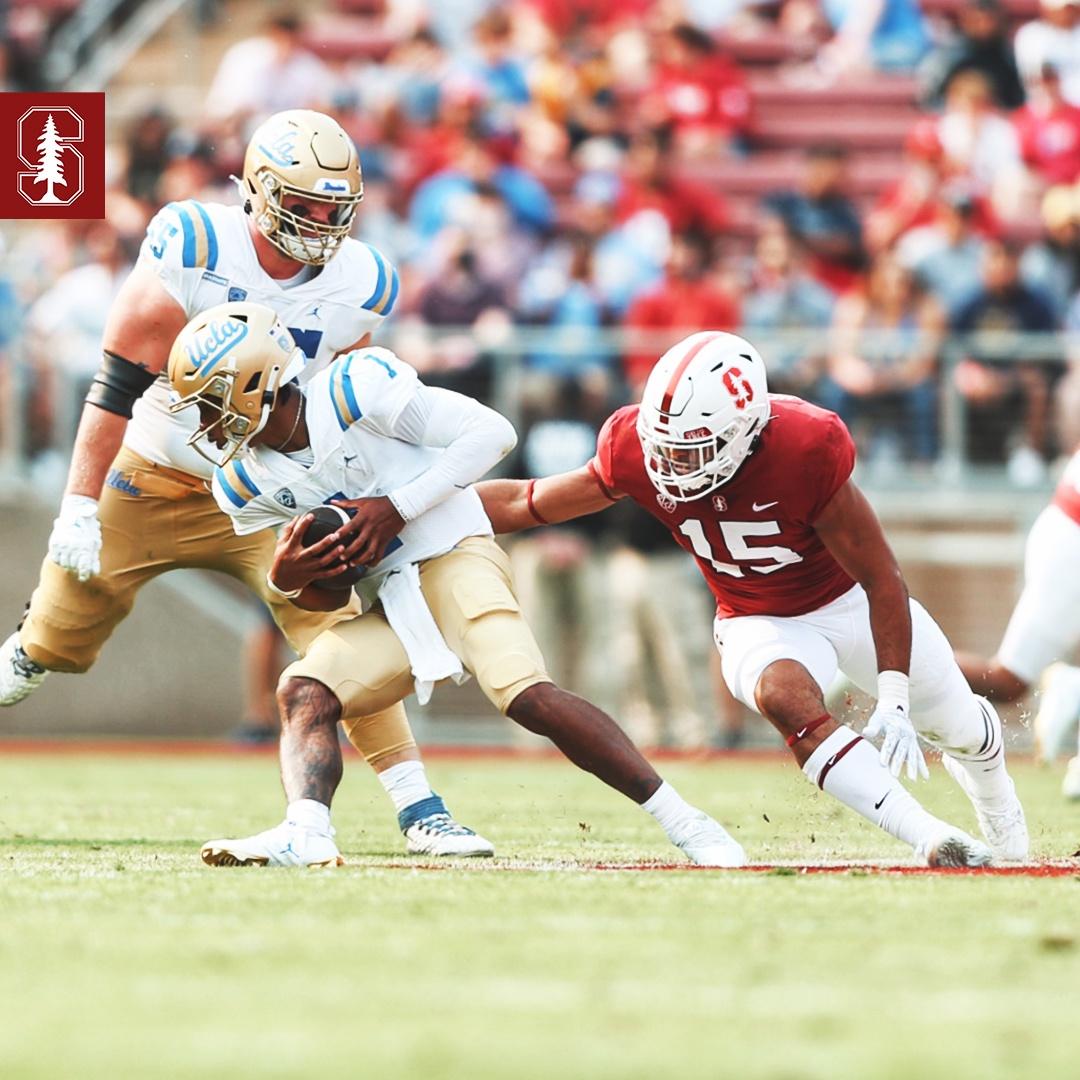 
Cardinal fans had not trickled into the hallowed grounds of Stanford Stadium since 2019. Many fair-weather ones probably eschewed that season, as well. But fresh off a pair of road victories, the faithful had plenty to be excited about. And even though the home team fell 35-24 today, the feeling is still palpable.

"We hate losing, point blank period," said senior defensive lineman Thomas Booker. And this one hurt more than a lot of them. They found the game all square in the fourth quarter, despite being thoroughly outplayed for large swaths of this one.

The record student section was on their feet as the scoreboard read 21 apiece. Thirteen minutes remained on the clock, and the game had all the makings of a classic. The fans could feel it. Today some 7500 Stanford students made their way to the stadium, overflowing their normal section-and-a half and taking over the entire end zone lower bowl. That number is staggering. Not only is it more than the capacity of Maples Pavilion, but it also outstrips the entire undergraduate population.

But it took mere seconds for that horde to be silenced. On the first play of the ensuing drive, four year starting quarterback Dorian Thompson-Robinson found a streaking Kyle Philips who outran a depleted Stanford secondary on his way to six. Only ten ticks made their way off the clock, but many decibels made their way out of the stadium.

Thompson-Robinson gave the Cardinal defense fits. His passing could be erratic and he missed a number of explosive opportunities, but he made just enough plays. Twice when the outside linebackers keyed in on the halfback, he deftly tucked the ball and walked around end for a score. He extended plays with his legs and found wideouts in scramble drills or took a bit of green grass for himself. And with the clock making a beeline toward two minutes, he hobbled back onto the gridiron and found a diving Philips for the sealing score.

The Bruins came to The Farm ranked 24th in America and favored by every outlet. They took a 14-0 lead early on as the Cardinal offense sputtered. It took six drives before sophomore quarterback Tanner McKee and friends moved the sticks for the first time. But the defense did just enough to keep the game in striking distance, and eventually the offense showed signs of life.

A well-diagrammed screen play found sophomore Bryce Farrell in space with a convoy of blockers, and the speedster took it 25 yards before he was apprehended. Two snaps later and McKee connected with a toe-tapping Brycen Tremayne at the edge of the end zone to halve the deficit. UCLA pushed it back to 21-7 at the break as a 54 yard effort from kicker Joshua Karty dented the goalpost at the horn.

In the second half the Cardinal found some success in the passing game. They found just enough time for McKee to pick the defense apart.

"As long as we're engaged on guys up front he can still slide and make some throws, and he made a couple big time throws on the move," David Shaw said. He credited some of those throws as "NFL throws" that much of the quarterbacks in the league would struggle to make.

The first of those NFL throws was a one-play, 56 yard score to Elijah Higgins. The latter was the rope to Farrell that went for a 46 yard score and brought the game into a tie at 21.

Down just 7 points with 9 minutes on the clock, Stanford faced a fourth and two on the Bruin 30 yard line. Shaw trotted out Karty, and the strong-legged kicker made the decision pay off with a 48 yard beauty. But the next 7 minutes saw UCLA control the ball, before the final, gutsy touchdown by DTR.

Still, this was a day to celebrate. Already this year the students have broken attendance records for a number of fall sports. These games have been two years in the making. Life is not normal, but it's getting there. College kids can be college kids.

Thomas Booker and his teammates didn't want their home opener to end like this. Not after 7 consecutive road games. Not in front of 7500 students strong.

"Feel sick about it, but do something about it," the senior said. And hopefully those thousands will be back next Saturday to see just what they do when Oregon comes to town.