After a dreadful showing, the upset-minded Cardinal hope to right the ship against No. 14 USC 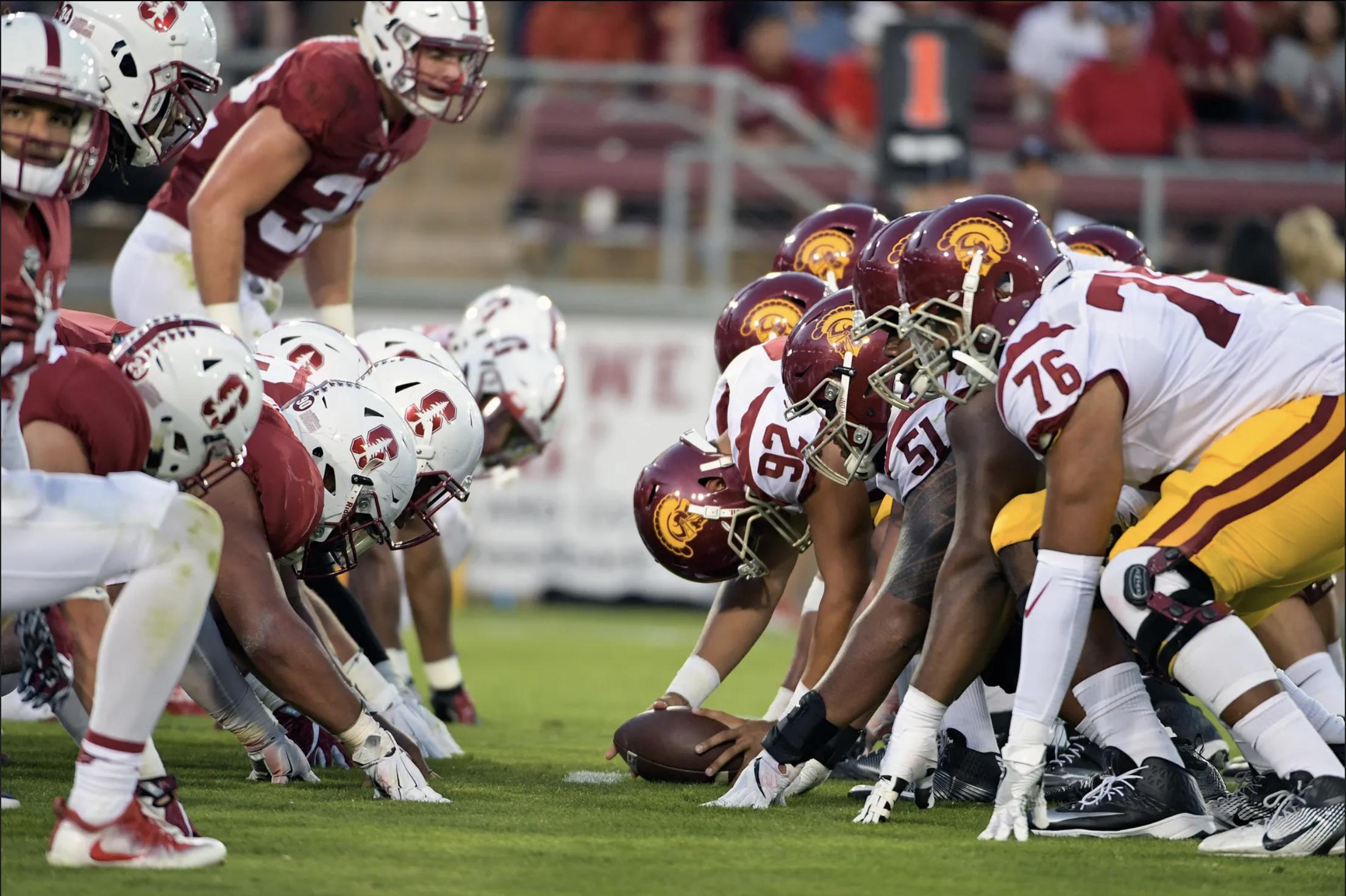 
After two very different season openers, the upset-minded Cardinal face off against the No.14 USC Trojans in LA Memorial Coliseum.

State of the Teams

Stanford put out a poor showing against the Kansas State Wildcats. Penalties stifled the rhythm of the offense leading to only a touchdown in garbage time to narrowly escape being shutout for the first time since 2006 (coincidentally against USC). "It was, really the penalties outside of those two turnovers that really got us. False starts early in the game, hard to get a rhythm, going backwards a couple penalties, holding penalties, etc," Stanford Head Coach David Shaw said. "Those were the things that really, really hurt us.”

After selecting the wrong quarterback in his fourth straight quarterback competition, David Shaw realized his mistake earlier and finally chose the younger quarterback with the higher ceiling over the older player who memorized page 243 of the playback better. Sophomore QB Tanner McKee passed both the eye test and the numbers test. The Californian went for 15-18 for 118 yards, 1 touchdown, and 0 interceptions for a 156.7 passer rating compared to senior QB Jack West's 8-12 for 76 yards, 0 touchdowns, 2 interceptions, and 86.5 passer rating. Both quarterbacks played scared. Sophomore QB Tanner McKee slid short of a first down while Kansas State 5th year senior QB Skylar Thompson rammed through sophomore QB Kyu Blu Kelly for a touchdown.

Surprisingly enough, Stanford did not have problems at just the most important position but practically everywhere else. The Tunnel Worker's Union failed to open any holes the entire day resulting in only 39 total rushing yards. The referees called Junior OT Walter Rouse for three penalties in the pitiful showing. DL woes continued as poor positioning allowed for a long Wildcat touchdown.

USC won but in an unconvincing fashion after a late-game surge. USC Head Coach Clay Helton started slow, leading the San Jose State Spartans only 13-7 into the 4th quarter. A solid USC defense continued to stymie the defending Mountain West champions. ''We felt like the defense was dominating the whole game, but the score was still close,'' USC defensive tackle Tuli Tuipulotu said. ''We just had to keep working.'' However, the West Coast's blueblood powered to a blowout on basis of their superior talent. Kedon Slovis passed for 256 yards and two touchdowns, with more than half of his completions finding their way to junior WR Drake London.

The most exciting news for the good guys is that sophomore QB Tanner McKee is starting. Head Coach David Shaw confirmed that there is no intention to rotate quarterbacks. However, Stanford does not expect the sophomore quarterback to do everything. "[McKee] doesn’t have to take the world on his shoulders." David Shaw said. "He doesn’t have to do anything other than play quarterback." Shaw hoped that a strong run game would allow McKee to ease into the starting quarterback position. "Us being able to run the ball I think will take some pressure off of him in his first start." Shaw stated. "So that’s going to be big factor is really getting our running game started in order to be as balanced an offense as we want to be.”

Shaw gave an update on senior WR Michael Wilson hoping that the reliable receiver would be ready to play by midseason. Junior S Jonathan McGill appears to be out for an extended amount of time. Junior CB Salim Turner-Muhammad is out for an unknown period of time.