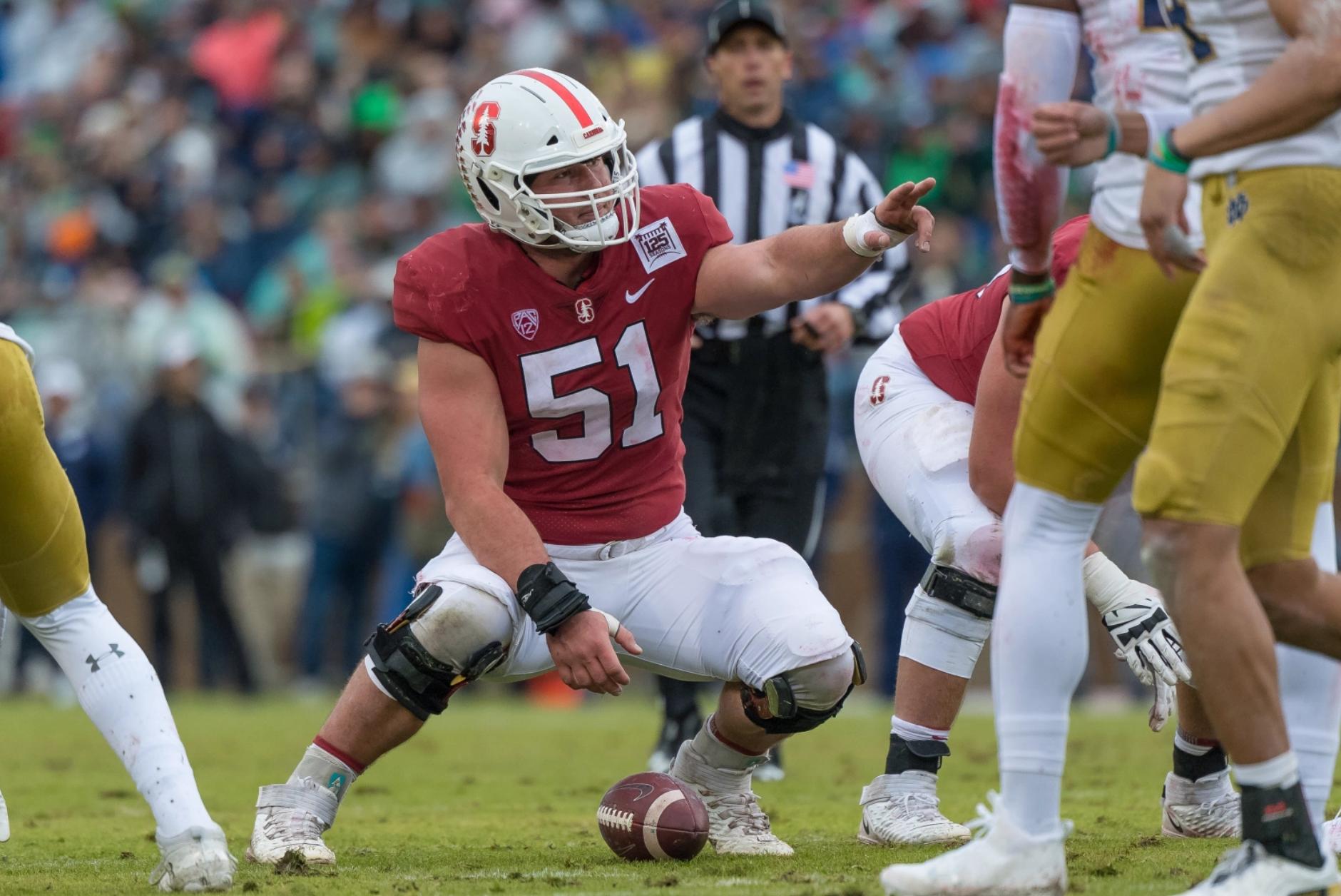 Dalman came to Stanford as the lowest rated recruit in the recruiting class of 2017 but had a much bigger impact than his humble rating. He did not see action in his true freshman season but saw time at both center and right guard the next year. The Salinas native played in seven games and started four.

Dalman had a breakout season in 2019. Despite the many injuries, the 6'3" lineman stepped up and made the All Pac-12 second team while making the Pac-12 Academic Honor Roll as a Mechanical Engineering major. Following an election as a team captain the next year, Dalman led a reinvigorated Tunnel Worker's Union to a 4-2 record. The most notable win came against UW, the top defensive team in the conference, where the offensive line unit did not allow a sack.

A coach's son, he is able to make an impact through excellent technique. His initial punch is great. His flexible frame allows him to roll out his hips and engage opponents with leverage. However, he is undersized and weak by NFL standards. He could however win many battles through leg drive and leverage. He may see the best fit as a zone-scheme center.

Undersized by NFL standards, he is projected as a free agent as a back-up or special teams player.

Despite being the lowest rated player in his class, he has had an excellent career in cardinal. An undersized player, he may be overlooked but he might have a spot on the next level based on his excellent technique.

I hope he gets the shot he deserves. Undersized but a true workhorse and leader.

I've seen a lot of linemen draft guys that seem to really like him. Wouldn't be surprised to see him picked on the third day