Someone is getting an elite talent 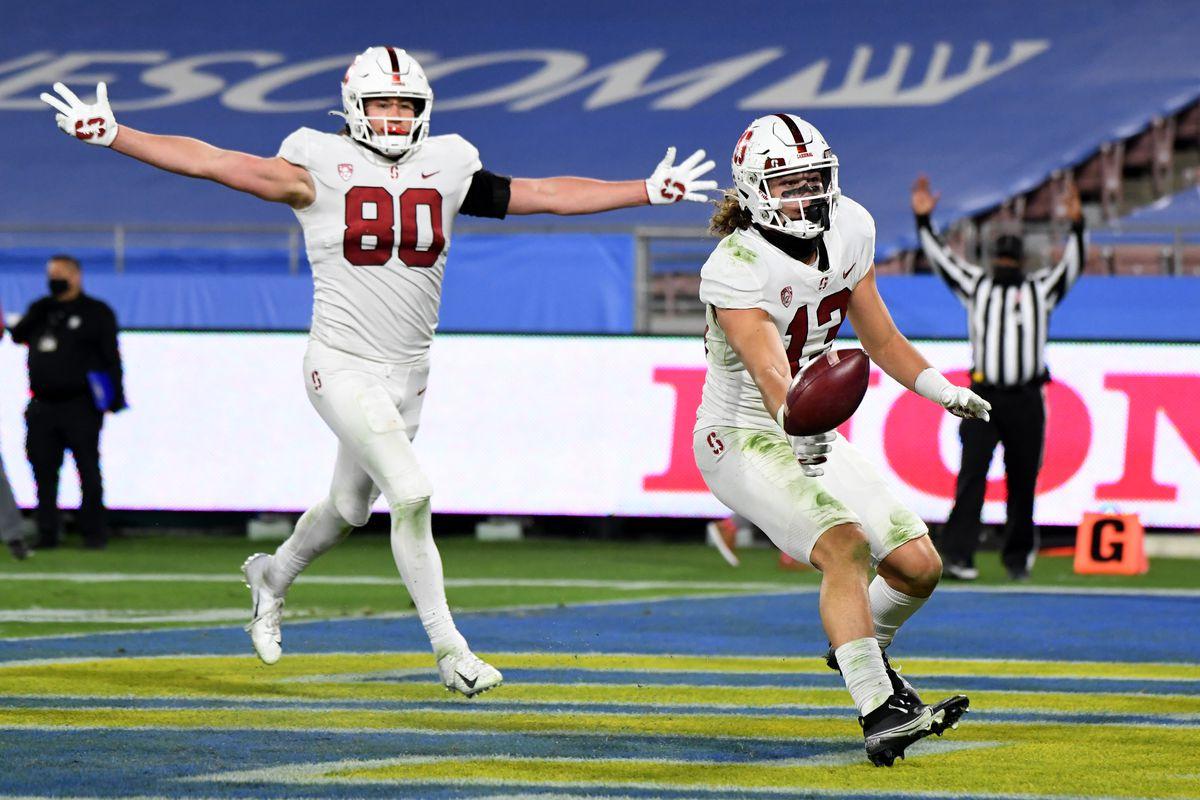 
Throughout the Stanford career of Simi Fehoko, head coach David Shaw hammered home the same message: there aren't many 6'4" guys that can run a 4.3. Shaw told us that he expected more from Simi. But even Shaw must have been a bit surprised by the sheer dominance he displayed in his final games.

Before stepping foot in the receiver room, the Sandy, UT native served a two year Latter-day Saints mission in Seoul. He returned in 2018 as an old freshman, but was buried down the depth chart behind the likes of JJ Arcega-Whiteside and Trenton Irwin. He saw action in four games, making one reception and preserving his redshirt.

With JJAW and Irwin off to the NFL, 2019 was a potential breakout opportunity for Simi. It turned out to be a difficult year for the program. The passing game had its moments, but with three different starting quarterbacks they never found real consistency. Still, Simi showed serious flashes of the potential to which Shaw alluded. He finished the year averaging 23.6 yards per reception, second in the nation and tops in program history. He led the team in touchdown receptions while finishing third in yards. During one three game stretch, he amassed 8 receptions for 285 yards and 5 scores.

As a junior in 2020, Simi earned All Pac-12 First Team honors at the wideout position. He led the conference in receiving yards, and averaged an impressive 6.2 catches and 96 yards per game. Down the stretch he was even better. In his penultimate game, he set a career high with 100 yards and tied another with 6 catches to help the Cardinal best the Beavers. That set the stage for one final swan song.

Against UCLA, Stanford was down a number of great talents, including in the receiving corps. That wouldn't matter.

His 16 catches were not only a school record, but also the most by any receiver in the country in 2020. Stanford needed every bit of it to produce a truly memorable victory.

He only logged 16 games in a strange Stanford career that saw him play with a revolving door of quarterbacks. That was all he needed to showcase a variety of skills. He gets a lot of attention as a deep threat, and that is deserved. He took the top off of a number of Pac-12 defenses. But in his final season we saw the full arsenal. He has excellent ball skills, good agility in traffic after the catch, strength, and effectiveness in intermediate patterns.

He left eligibility on the table for a few reasons. The main one is that he had nothing left to prove. But he is also older due to his mission, and has a wife. He's more than ready to get in the league and deservedly get paid for his talents.

A lot of scouts see Simi as a mid-round prospect. He has a chance to maybe go in the third round, but the most likely round appears to be the fourth. Recent fourth round receivers have included Jamison Crowder, Martavis Bryant, Travis Benjamin, and Jarius Wright. The fifth round has produced the likes of Tyreek Hill and Stefon Diggs. Simi will have every opportunity to follow in their footsteps and carve out his own role in the league.

It seems that the draft blogs of half the league think Simi could be a steal. It is hard to think of a team that wouldn't want a guy with his profile in the mid to late rounds. Sports Illustrated even suggests he could be a nice fit with the Kansas City Chiefs.

This success really couldn't happen to a better guy. In a 2020 that was devoid of many of our normal joys, Simi gave Stanford fans memories that will live for a lifetime. He always carried himself with such poise and class, and was a great interview. We wish the best of luck to him as he chases his dreams at the next level. Someone is getting a steal.