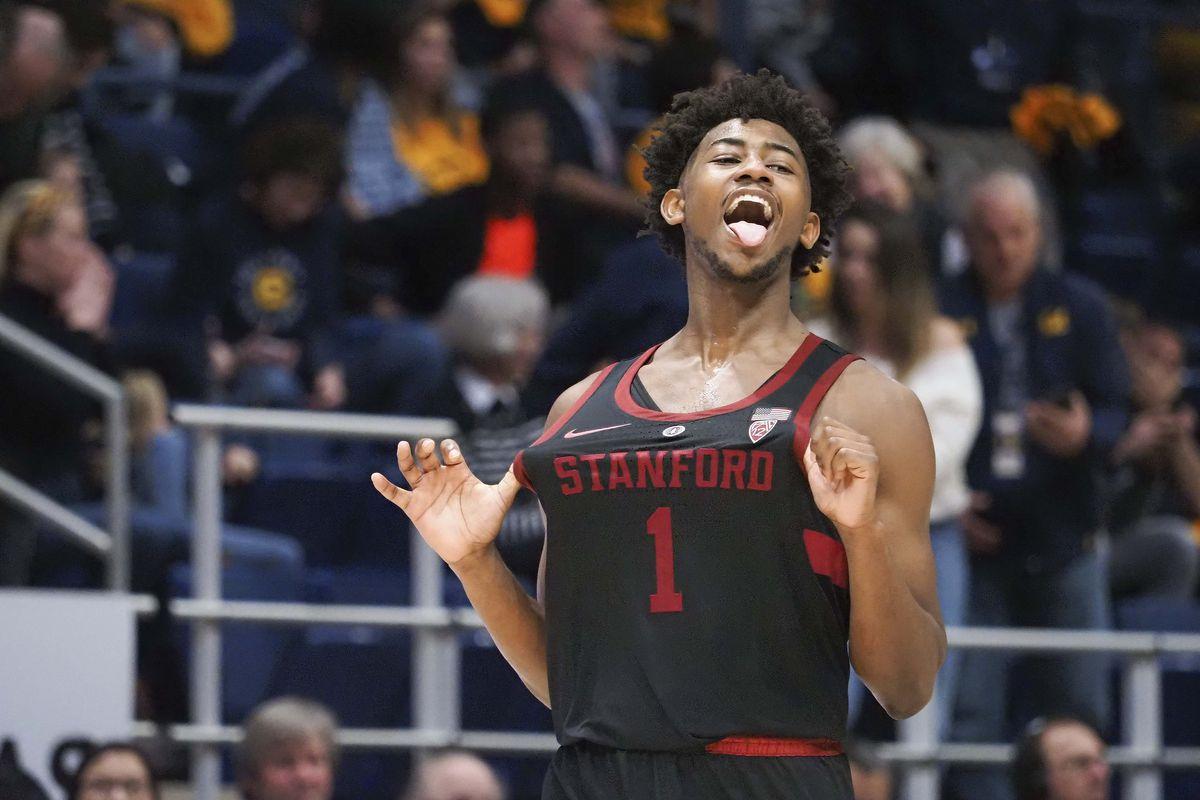 
On Tuesday senior guard Daejon Davis entered the transfer portal. The four year veteran has one more year of eligibility due to the NCAA's blanket Covid waiver.

Three months ago this news would have shocked me. Daejon was a captain for the second straight season, an honor Jerod Haase does not easily bestow. His defensive intensity was every bit as infectious as his happy-go-lucky personality, and I can't even count the number of times he acted as the smelling salts to awaken a slumped over Cardinal offense.

As a freshman he broke Brevin Knight's assist record. He beat out five stars Troy Brown and Jaylen Hands, and many other terrific talents, for a spot on the All-Conference freshman team. That year's Stanford team finished in a share of third in the conference, and would have more than likely made the tournament were it not for early season player unavailabilities. To be the point guard for that squad straight out of high school is impressive.

It feels like forever ago that he made one of the most iconic shots in Stanford's history. That was one of my favorite weekends of Stanford basketball. Three days after a 22-7-5 performance in a double overtime victory over UCLA, he really outdid himself. I can still hear the call. "Davis at the hooooorn.... WINS IT!!!" He was a cool customer, a truly bad dude. Despite occurring in January, that moment will forever be etched in program lore.

While Daejon never made the next big step, his game did continue to improve. By the time he was an upperclassman, he was among the best perimeter defenders in the conference. His exclusion from last year's All-Defense team was a massive oversight by the Pac-12.

This season he was off to his most efficient offensive start. In college basketball you often see things really click for guys in their last year. Daejon seemed to be one of those. He helped spearhead a dominating performance over (eventual 2 seed) Alabama in North Carolina's Maui Invitational. He did enough to help them topple North Carolina, as well, but some questionable officiating had other plans.

One of his finest games unfortunately started the unraveling. It came in Santa Cruz, Stanford's home away from the restrictive Santa Clara County laws that plagued their early season. Arizona was in town, riding a more than decade long winning streak against the Cardinal. Daejon was playing as good a game as any on the court that December afternoon. He was doing it all, turning in 11 points, 7 assists, and spearheading a smothering defense that held the Wildcats to just 23 at the halftime buzzer. But in the second frame he tried to pull the Chris Paul move, drawing a foul from a defender with too much momentum and not enough agility. That defender was one Azuolas Tubelis, a 250 pound load from Lithuania that landed on his lower leg. It was the beginning of the end.

Daejon played in only eight games the rest of the way. His absence saw the ascension of freshman playmaker Michael O'Connell, among others. When Davis and everyone else finally returned to health, Haase had his hands full with reconstituting a rotation. It seemed like an embarrassment of riches, having seven or eight players that could play starting minutes. Those grand visions never manifested.

The team keeps things mum, officially. But it was clear that not all parties were happy and cordial as the season drew to a close. There were multiple games near the end where Daejon was medically cleared but sat for stretches due to "coach's decisions." When it was all said and done, his time in Cardinal went out with a whimper. And that is a serious shame.

It comes as no surprise that he will take his fifth year elsewhere. Perhaps he will return to Washington, his hometown school where he was committed to play before they fired long time coach Lorenzo Romar. Or maybe he will seek a surer shot at an NCAA tournament berth. Luckily Stanford's backcourt will be just fine next year. They are returning the likes of Michael O'Connell, Bryce Wills, and Noah Taitz, and adding a couple of exciting new freshmen in Isa Silva and Jarvis Moss. The emphasis on true point guard play is evident.

Things may not have ended completely amicably, but for 3+ years Daejon did a lot to help build this program. In a couple months he will get his Stanford degree, and no one can ever take that from him. Regardless of where he ends up for his final season, we'll be wishing him the best.