Tara's team takes down Arizona for first title in 29 years 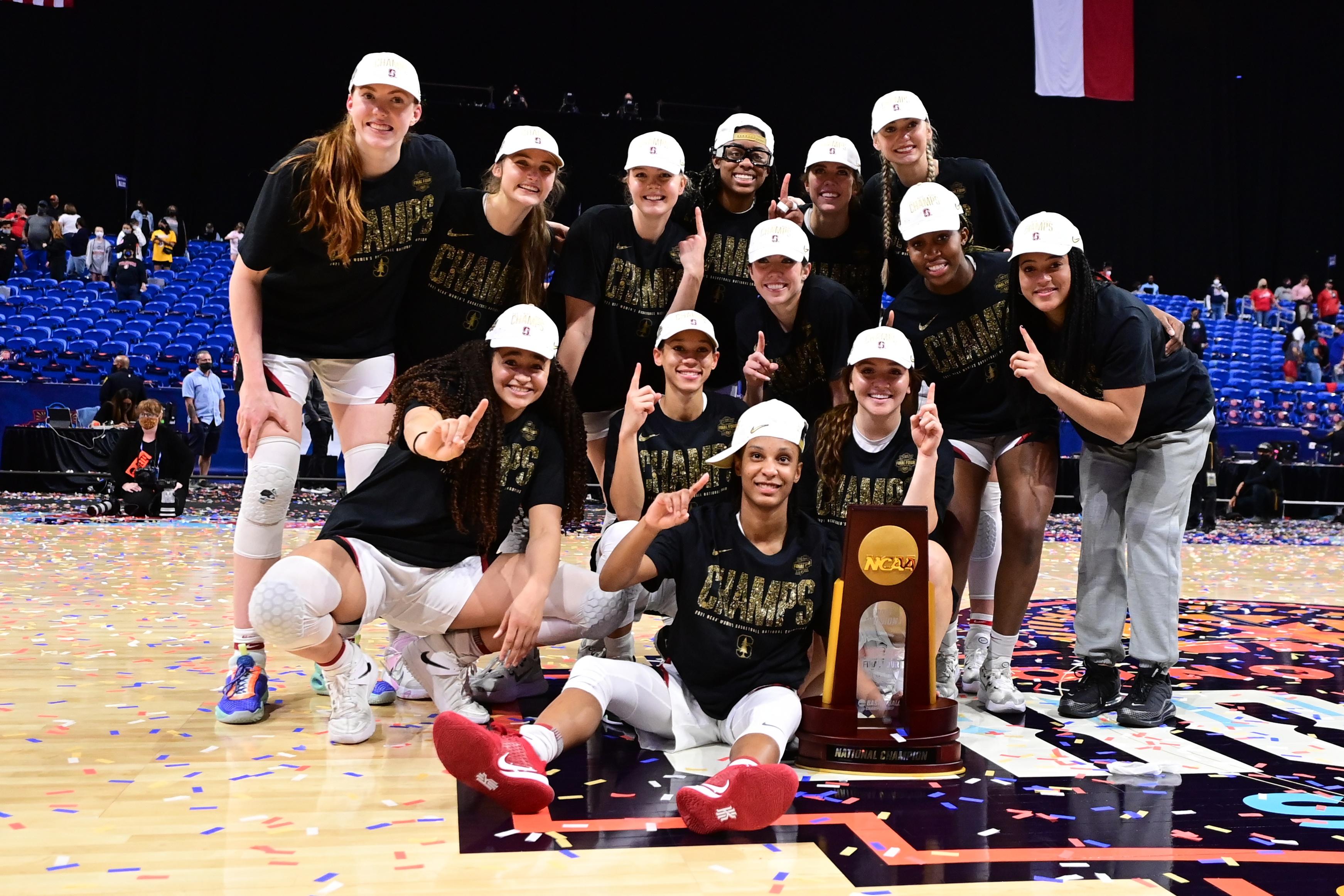 
One minute left, Stanford up four.

Turnover. Kiana Williams rushes down the court to foul Arizona's Aari McDonald before she can get the easy layup. She splits the free throws.

The U of A fanbase is an impressive sea of light red producing an equally staggering wall of sound.

A missed jumper. The Card hustle back on defense and end up fouling a driving McDonald. She makes both.

The Arizona crowd crescendoes with each basket as the Card faithful hold their breath.

Cameron Brink drains the clock, but just as she starts to make a move, the Arizona defense swarms her. She can't get up the ball up in time. Shot clock violation.

An uproar from the Zona fanbase reverberates around the dome. It's anybody's game.

Six seconds left. Stanford up one.

Aari McDonald scrambles to make space, and throws up her dime.

"This is the last six seconds you have as a team, so you want to leave it all out there on the line. We knew whose hands the ball was going to be in, who was going to take the last shot." - Haley Jones.

"I don't even think I was thinking at that moment. I knew she had a tough look, but when I saw it had a really good chance to go in." - Kiana Williams

The ball ricochets off the basket and plummets to the floor.

Stanford won the field goal percentage battle handily, shooting 42% from the field to Arizona's 29%, this in part to solid Cardinal defense limiting the shot selection of the Wildcats. Stanford also won the rebounding battle 47 to 29, a phenomenal differential that reflects the size advantage the Card had 1 through 5.

With stats like these you may wonder how this game was close at all! The answer? Turnovers.

Stanford averaged 12 turnovers a game this season, but thanks to a lethal Arizona defense they allowed 21 in their national title bout. A pattern emerged: out of the huddle, Stanford's offensive game plan was executed with precision--a testament to Coach Tara's ability to make adjustments--but as time elapsed, Arizona would begin to unravel the usually steady Stanford system. Arizona's junior guard Bendu Yeaney had 5 of the Wildcat's 12 steals, which consistently disrupted the Card.

Turnover trouble was especially apparent as we hit the 1 minute mark. In Stanford's last 3 possessions, they had 2 turnovers, allowing a steal and committing a shot clock violation. The other possession was a missed jumper from inside the arc. The result was a one point game with 6 seconds left. Arizona's Aari McDonald (20 points on 5-21 shooting) threw up a shot, but it didn't land. The rest is history.

Sophomore guard Haley Jones was named the tournament's Most Outstanding Player after scoring 17 points on 8-14 shooting and adding 8 boards. She was easily the Card's most reliable shooter insider the arc. Lexie Hull also earned an All Tournament Team Recognition after a second consecutive double double in points and rebounds.

Those stats led to an immensely meaningful championship to all involved. Tara remarked that the win is not just for the current team but all of her teams before them that just fell short, from the '97 squad, to the '10 squad, to the '17 squad. Kiana Williams put it all in perspective:

"To win this for Tara in the same year she's become the all-time winningest coach. It just means everything. To win it in my hometown, that means a lot. I know my teammates wanted this as bad as I can, my senior year in my hometown. Everything just lined up. I just feel like it was already written. To win it on Easter Sunday, that's just God."

Stanford becomes the first team in NCAA basketball history to win both Final Four games by a single point. Winning their third title, Stanford joins UConn (11), Tennessee (8), and Baylor (3) as the only programs with at least three Championships.

Eleven years ago in the very same Alamodome in San Antonio, the Stanford Cardinal fell to the UConn Huskies in the national title game, despite a comfortable half-time lead.