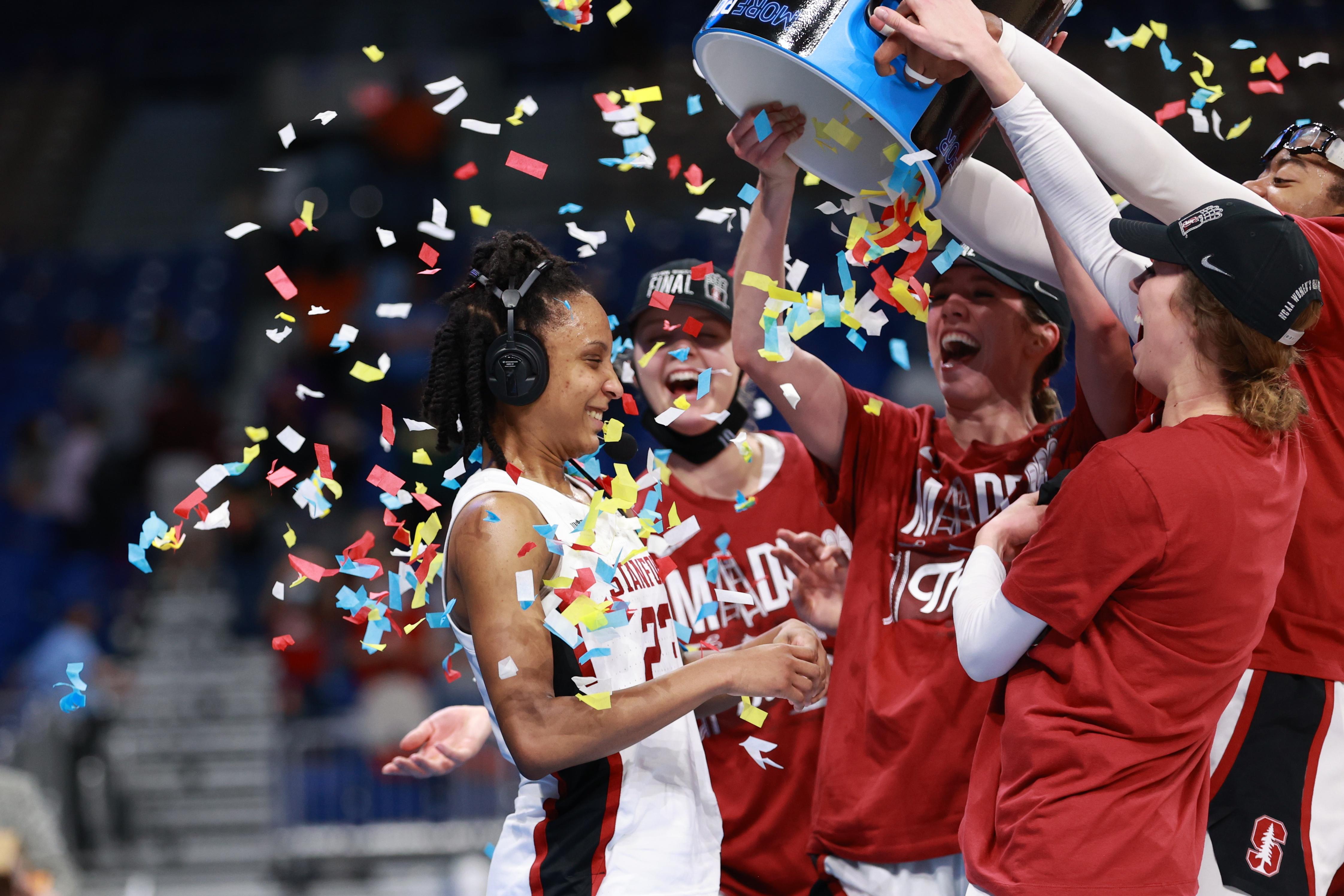 
Down 38-26 at the half, an anxious and malfunctioning Stanford team limped into the locker room. The No. 1 overall seed, the 10.5 point favorites, were not supposed to be getting their tails kicked in, but a perfect storm had them shipwrecked.

Senior guard Kiana Williams, the focal point of this versatile Stanford offense, was 1-11 from the field.

Most startling of all, this team, the same team that had sunk 13 or more three pointers in each of the three games in this tournament notched an ugly 1-9 from deep, coupled with 28% shooting from the field.

Enter Ashten Prechtel. Checking in for Cameron Brink, Ashten, who had no first half minutes, was straight nitrous in the Cardinal engine.

In just her first twelve minutes, she knocked down 3 triples, had 4 assists, 2 blocks, and 2 rebounds. A perfect 6 for 6 from the field good for 16 points, she was the fire that set off the fire alarm during the post-game press conference.

"Ashten came in, and... was a two-way player. She played great defense. She rebounded. Honestly, I thought her three was the shot that really just kind of said, all right, we're back. We can win this game."

And win they did. Once Ashten began to spark, the rest of the team became the conflagration we've seen all season. Kiana Williams in particular ended her drought in dramatic fashion, finishing the second half 5-9 in a 12 point effort that included two dagger threes, 4 assists, 2 rebounds, and 2 steals. Killer Kiana was on a mission, and when she started grooving, the whole team got into rhythm.

"I'd say she ripped into us a little bit... We needed to compete in the second half if we wanted to be in this game. I think we took that to heart."

As for what coach said to fire up her team leader Kiana specifically, Tara demystified that herself:

"I told her, I just said run your team. Be a leader on the team and play through spurts. I got on her. I'll be honest with you. I got on Kiana and really our whole team, and Kiana stepped up just so big in the second half."

Stanford advances to play South Carolina for a rematch of the 2017 Final Four. A'ja Wilson, who was trouble for the Card four years ago, is fortunately safely out of the picture while playing for the Las Vegas Aces in the WNBA. Still, Dawn Staley's team will likely be just as physical at the post thanks to their stud forward Aliyah Boston. The next battle commences at 7pm PT on Friday, April 2nd.