Stanford’s 2017 Final Four Team: Where are they now?

A trip down memory lane... 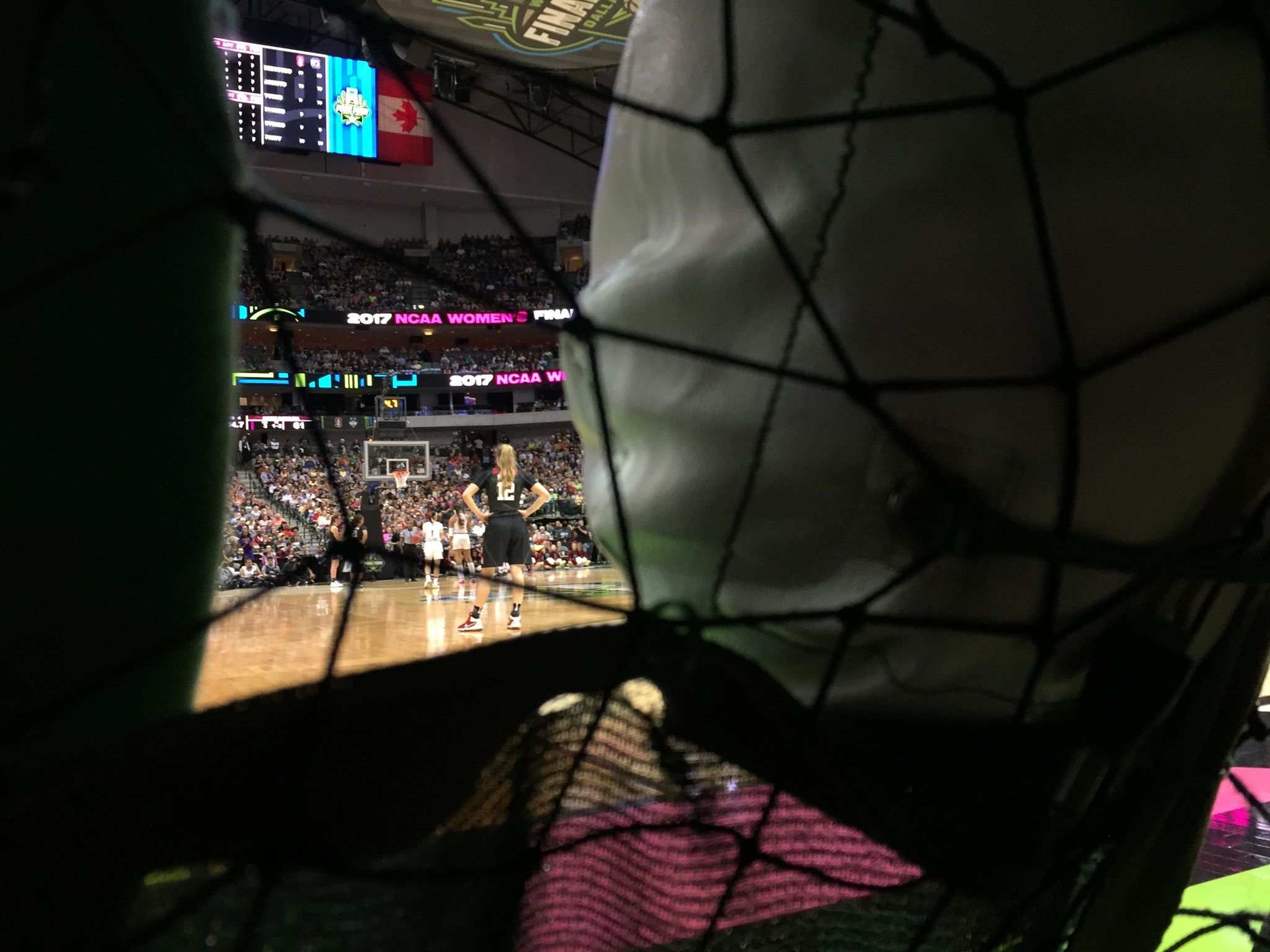 
The season started like any other: a warm up romp to get some sweat on the court in Cal Poly followed by a primetime battle with a real contender—in this case, Karen Aston’s No. 8 Texas. With a commanding 71-59 win against the Longhorns in Maples Pavilion, we all realized this team was capable of greatness.

The ’16-17 squad was one for the ages: Erica McCall, Brittany McPhee, Karlie Samuelson, Alanna Smith, Marta Sniezek, a young Dijonai Carrington, to name a few key players. While perhaps not as dominant as the Ogwumike Sisters Dynasty, this team had a dangerous combination of senior leadership and young talent. Package those qualities with a propensity to become electric hot, and you have yourself a Final Four run.

What did that run look like? Stanford finished 32-6 in the regular season tying for second in the Pac-12, but a decisive victory against the Beavers in the Pac-12 title game turned the tide and secured their 2 seed in the NCAA Tournament. Typically, a top 16 seed would earn you home court advantage through the round of 32, but with the Pac-12 Women’s Gymnastics Championship being hosted in Maples that year, the squad was shipped out to Manhattan, Kansas.

Along for the ride was a Stanford Band that had just been unleashed from suspension and a Stanford Tree that many claim is the best to ever wear the leafy crown (source: it’s me).

The Cardinal took care of business 72-64 against The New Mexico State Lobos and 69-48 against the Kansas State Wildcats. After almost getting trapped in Kansas due to frost on the runway, the team made it to Lexington for a rematch with the Longhorns who they defeated in similar fashion, 77-66. Then came the behemoth: No. 1 Notre Dame. In one of the most nerve-wracking matches of my lifetime (10 ties, 18 lead changes), we watched as the Card were down 1 with 35.4 seconds to go. Sniezek dribbled around the left of the arc but couldn’t penetrate. Pivoting back, she sees Alanna Smith standing center. A carefully placed lob has it in her hands, and the Card have the lead with 22 seconds left. Notre Dame’s hopes get swatted away by McCall on the other end, and we were off to Dallas. McPhee ended with 27, and Samuelson added 5 three pointers from the perimeter.

You can rewatch the whole game here.

In Dallas, the Card’s luck tragically ended against eventual champions South Carolina, 62-53. Sharpshooter Karlie Samuelson injured her ankle halfway through the matchup, flattening the roaring winds that had propelled Stanford so far. Future Las Vegas Aces standout A’ja Wilson was too much to overcome, and while there was some momentum gained when Samuelson scampered back onto the court late in the game, the damage had already been done. As for me, I snapped the cover photo for this article from my vantage in the Tree as time expired.

So… where is this amazing team now?

The forward from Bakersfield was drafted 17th overall by the Indiana Fever in 2017. Averaging 3 points a game in 10 minutes playing time, she was not utilized as much as her college career might’ve forecasted. Last year she joined Hungary’s Atomeromu and notched a much more on-brand 15 points on 25 minutes a game. According to her LinkedIn, she’s also exploring broadcasting opportunities.

One of the more storied professional athletes from the ’17 Final Four roster, Samuelson initially went undrafted, but made her way to the Los Angeles Sparks before fracturing her foot in training camp. A quick stint with Italy’s Series A1 team, Vigarano, and she was back on the Sparks the next year with minimal playing time. The rest of Samuelson’s short career is a similar back and forth between Europe and the US, playing in Belgium for the BC Castors Braine, then Dallas for the Wings, Spain for the Avenida, and most recently Dallas once again, poised to play alongside her younger sister (and former UConn standout) Katie Lou Samuelson. Despite signing, Karlie was noticeably missing from the Wings’ roster when it was announced two weeks ago, so perhaps the sister duo won’t be playing together after all. Many expect her back in Europe (but as we’ve seen, not for long).

Our stud guard from Washington went undrafted, but signed a training camp contract with the Seattle Storm after graduation in 2018. Soon after, she signed with the Perth Lynx of Australia’s WNBL where she averaged 14 points and 7 rebounds per game and helped the team reach the semi-finals in the WNBL playoffs. Now, she’s with Spain’s Zamarat of the Liga-Dia and putting up similar numbers. A Human Biology major, McPhee has plenty of opportunity ahead if she ever decides to hang up her sneakers.

The Aussie who made the game clinching shot to take down the Irish recently graduated and was promptly drafted by the Phoenix Mercury 8th overall in 2019. With the Mercury, Smith played alongside WNBA greats like Brittney Griner and DeWanna Bonner, who (small world) is the sister of Smith's former teammate, Erica McCall! With only a handful of minutes played in each game, Alanna has yet to carve out a permanent role for herself in WNBA, but her lack of pop can be attributed to an ankle injury that cut her time short. After a stint with South Korea’s Incheon Shinhan Bank S-Birds as a version of rehab, she’ll be back on the Mercury this season ready to make a name for herself.

Marta is currently finishing up her Masters at—you guessed it—Notre Dame while playing for the team as a grad transfer. Her Masters is with their Mendoza College of Business, and it’s expected that she’ll use this degree to the fullest once her playing career is up. The Irish were surprisingly mediocre (13-18) when the season concluded due to the coronavirus pandemic, despite a decade of dominance (1 title, 5 runner-ups). Legendary coach Muffet McGraw retired just two months ago, capping off a fantastic career.

And finally, Dijonai Carrington (’20) has just graduated and announced her intention to grad-transfer to Baylor. You can read about her decision here.

Ankle injuries and the Irish seem to be inextricably bound to the lives of this squad. Here’s to hoping their hooping can revive some of that old magic.