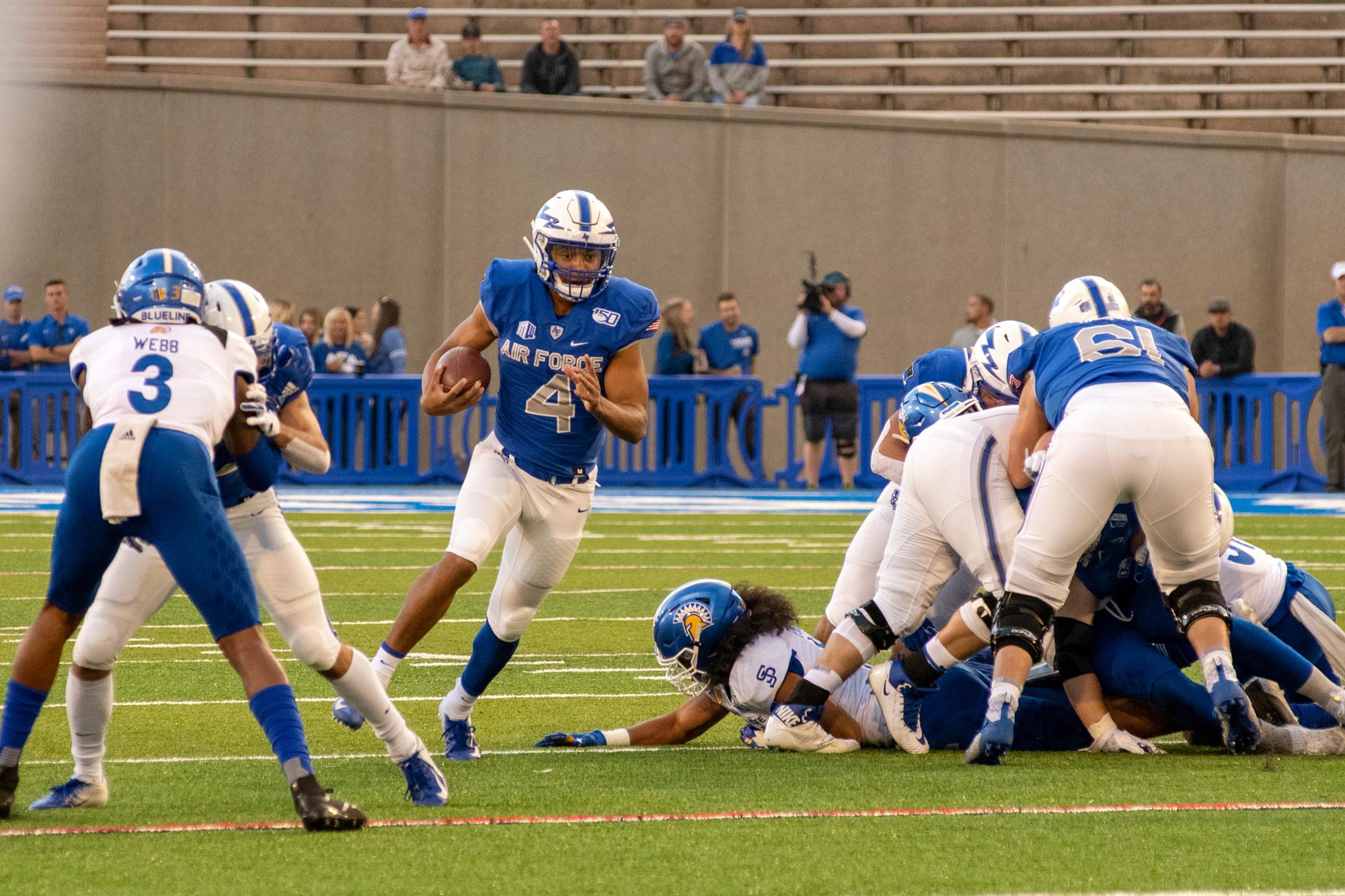 
In one of the more unexpected moves in recent memory, Stanford received the commitment of Air Force graduate transfer quarterback Isaiah Sanders.

Like all graduates of the Air Force Academy, Sanders takes academics seriously. He completed his coursework in Colorado Springs with a degree in Systems Engineering and a minor in Spanish. What many might not know, though, is there are a limited number of cadets each year that are permitted to attend graduate school. Sanders earned a 3.83 this past season, and is evidently an academic standout. Getting into a grad program at Stanford is no easy task, and he is now just the second such transfer in program history (Brennan Scarlett, Cal).

The fit from a football standpoint is unique. Air Force, like the other major service academies, runs an old-school triple-option offense. Quarterbacks in their system are seldom asked to throw the ball, and are in many ways an additional running back. Sanders saw sporadic action behind center, notching 16 appearances over 3 seasons. He attempted 98 passes (6.1/game), while carrying the ball 180 times (11.3/game). On two occasions he eclipsed the 100 yard mark on the ground, scoring three touchdowns each time.

Davis Mills is slotted in as the starting quarterback this year, but after KJ Costello made the move to Mississippi State, there are question marks down the depth chart. Sanders certainly has a chance to figure into the mix. Jack West returns for his third season, but his start against UCLA showed a player not ready for the bright lights. Five-star recruit Tanner McKee is also back from his Latter-Day Saints mission, though we've yet to see him in so much as a Spring Game. After last year's parade of injuries, quarterback depth is not to be taken for granted.

Even if he never gets a start, Sanders will play a role on the Farm. There's already buzz about utilizing his dual threat abilities in gadget packages. He'll also undoubtedly provide veteran leadership. According to his Academy bio, he has served as the Vice President of a non-profit, led a campus Bible study, and even found time for research in his regimented schedule.

I'm excited to see what Sanders and Tanner McKee can do. Jack West gives me Ryan Burns energy, so I'll steer clear...